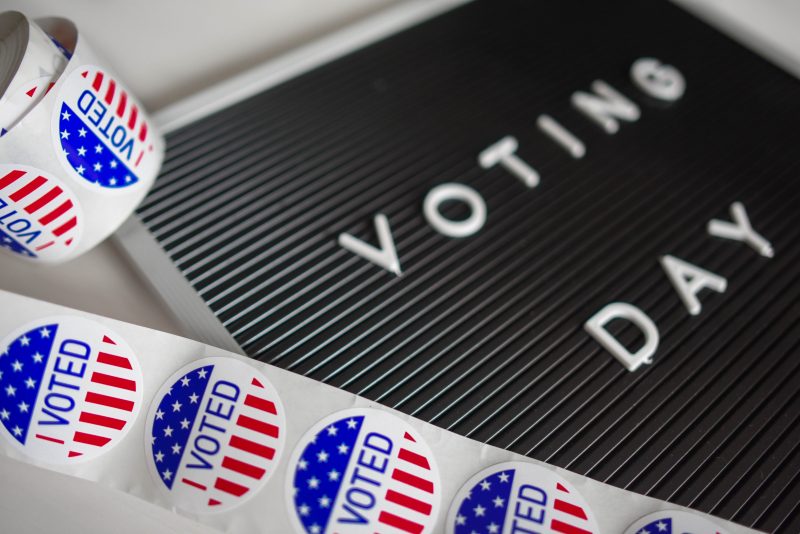 Every four years, as the Presidential election winds down, Americans let the rhetoric and the headlines make them gloomy about the post-vote economy.

Not surprisingly, this year and this election are different, sort of.

For years, Bankrate.com has surveyed Americans about the biggest threats to the U.S. economy over the coming six months, and the results always show that elections and politics are the key concern. Generally speaking, 60 percent or more of the respondents – regardless of party affiliation – are fearful of the aftermath of elections.

This year, however, there was an additional item on the list for respondents to choose from and – as it has throughout the rest of our lives this year – the coronavirus took the cake as the most pressing concern for Americans.

According to Bankrate’s study, released earlier this month, 44 percent of Americans say the pandemic is the biggest threat to the financial system over the next six months. That compares to 34 percent of the public who tabbed the outcome of the election.

Given how politicized the virus has become and how next steps in fighting it are a huge part of the current political rhetoric, however, it’s easy to argue that both of these concerns are about the election and its outcome. Viewed that way, it means that three-quarters of Americans are fearful of what the vote will ultimately do to the economy in the next six months.

That’s way beyond the six in 10 Americans who had the election atop their worry list entering the 2016 presidential tilt.

Yet if history teaches us anything about elections and markets, it’s that people misjudge the short-term threat that any presidential election truly represents to the economy and the market.

No matter the outcome you expect/hope for, it’s important to recognize that markets and economies don’t implode around elections.

In the 1980s, people discussed the dangers of Reaganomics and warned that former actor Ronald Reagan lacked the experience to lead the country, but gross domestic product (GDP) grew by 3.5 percent during his eight years in office, and the Standard & Poor’s 500 was up more than 14 percent annualized.

When Bill Clinton won the presidency, his tax increases were going to sink the U.S. economy, he was unproven on the big, national stage, and people worried about a nationalization of health care. During his time in office, however, GDP averaged 3.9 percent growth per year, and the S&P gained an average of 17 percent per year.

Barack Obama was inexperienced – he only served for two years in the Senate before running for office – and wanted a large stimulus plan to help the economy recover from the financial crisis, plus his plan for health care created worries about an explosion of the national debt. Still, GDP growth averaged 1.6 percent, and the S&P gained 14.5 percent during his time in office.

Donald Trump, of course, never held political office prior to his presidential run, and his tough pre-election talk on possible trade wars created plenty of economic concerns. Still, through the end of last year, GDP was up an average 2.5 percent; the stock market is up about 12 percent annualized during his term.

That’s not an endorsement of the current president, nor a seal of approval for any of his predecessors. It just shows that dire, extreme or desperate predictions of what happens if the person you vote against wins are a part of every election, but not every economic cycle.

In the long run, history suggests that the economy and the stock market will overcome the challenge of whoever gets elected.

That does not mean there won’t be bear markets or that we won’t see some significant downturn.

It may be caused by the coronavirus and the resulting long-term unemployment and slowed activity on Main Street, or it may be the long-term offshoot of the government response to the pandemic, with massive stimulus historically creating inflation problems somewhere down the line.

Moreover, it doesn’t mean that concerns aren’t real, but if they come to roost between the election and the first half of 2021, it likely will be trends and events that have been in play since well before Nov. 3 that are the root cause.

“It may not be the election itself that creates problems, but you do have to worry about what is going on and how that will contribute to the economy over the next six months,” says Greg McBride, chief financial analyst at Bankrate.com. “From an economic standpoint, I worry less about the pandemic and the election – which the public sees as the biggest threats – than that Americans are cutting back on their spending. That is a byproduct of what is happening in this country, but it’s a roadblock to economic recovery, and I don’t see that improving much without the clear resolution to both the pandemic and the election.”

“The pandemic and the outcome of the presidential election are the two biggest immediate threats to the economy in the eyes of most Americans,”

“What’s concerning me isn’t the threats people are seeing, but that Americans are cutting back spending dramatically because of their worries,” says Greg McBride, chief financial analyst at Bankrate. “While that is a byproduct of the pandemic, it’s also an obstacle to economic recovery.”

If you’re looking for something to worry about, go for 2021 as a whole.

Typically, according to Jeffrey Hirsch of The Stock trader’s Almanac, there is a sell-off after the inaugural ball – regardless of which party wins – as the market adjusts to new policy initiatives getting their first push and the post-election year becomes flat and lackluster as policies get sorted out.

That could change during pandemic times, of course, but investors are always better when they don’t let their nerves get the best of them.

Regardless of how you hope the vote turns out, this is one of those times; don’t let the emotions of the election become a burden to your investment portfolio.