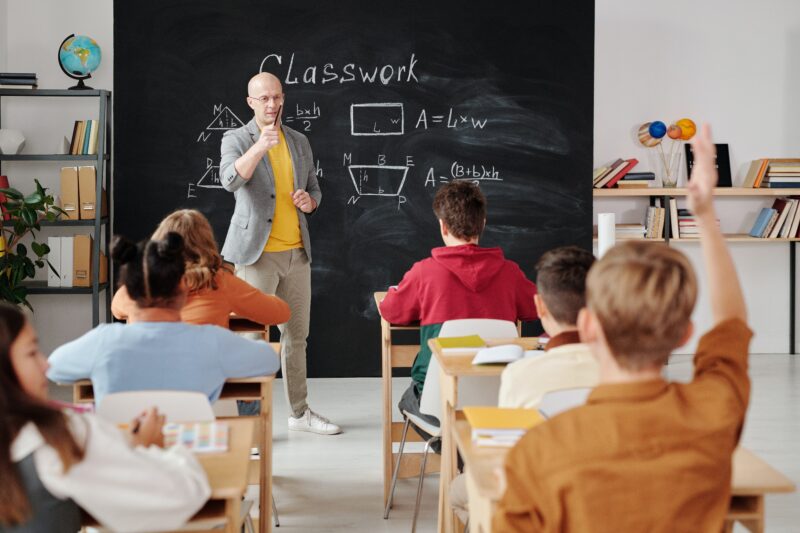 Last week, Florida became the latest state to mandate a financial literacy course as a requirement for graduation from a public high school.

It’s part of a trend that has more than 50 personal-finance education bills under consideration in 26 states, according to Next Gen Personal Finance, a non-profit organization that tracks the legislation.

There is conflicting information on just how widespread school-based financial literacy efforts are – a lot of it lies in the difference between courses required to get your diploma versus classes that school districts are required to offer so that students have an option to take them – but it’s safe to say that seven states already require personal-finance courses in high school, and another 20 states have some sort of personal-finance education in their curriculum.

All these efforts are important progress towards giving youngsters vital life skills and information.

In general, they should be praised. They are the product of good intentions, and they provide solid, useful information. They are non-controversial; at a time when Americans can argue about what constitutes history and what should be taught in school, no one is sniping over the idea that children need to know about concepts like inflation, compounding, budgeting, taxes, investing and more. In general, financial literacy bills have widespread bipartisan support.

Unfortunately, the impact of these courses is severely limited. There is little evidence that receiving financial literacy information in high school affects how those students handle their finances as adults.

Sadly, America’s financial literacy problem will not be solved by legislation.

High school is both too late and too early for that.

Yes, it seems impossible to be both early and late at the same time, but that’s how it plays out.

It’s too late because children become consumers almost as soon as they can talk; long before they pay for anything, they impact household purchasing patterns. Moreover, even in families with good financial habits, the kids often pick up bad behaviors because they don’t yet understand how money works.

They see mom getting cash from a machine, without ever seeing money go into a bank account; they see credit cards used for everything, without knowing that the bills arrive at the end of the month. They see parents work, but don’t understand that the job is responsible for the money powering the house.

And that doesn’t even consider the “buy, buy, buy” messaging that underlies social media.

By the time they get to high school, kids not only have a lot of misconceptions about money, they also have certain behaviors locked down. Consider senior citizens who were “children of the Depression,” and who learned frugality or who scrap to keep every possession – even after it loses its value – because they “grew up with nothing.”

Pushing financial literacy in high school is admirable, but we should be making sure that elementary schools do math problems involving dollars or talk about compounding. We should help children understand that money gives us choices, letting them learn the basics of budgeting by doing math exercises on what they would buy and how they can make theoretical money cover their needs.

Make sure that elementary education uses real-life concepts and money lessons will find their way into almost every subject.

Not a big course, no big deal, just examples that make money a constant and remove the taboos of talking about it.

But in calling for that super-early education about money, it’s important to recognize that the high school classes are also “too early,” which is why no amount of schooling solves the problem for everyone.

Like many facets of education, what you learn needs to be applied to have a long-lasting impact. High school students – despite developments that make it easier for them to save and earn – typically don’t have personal finance worries. They won’t internalize the lessons until they do.

They can fulfill the course requirement and pass the class without changing their financial habits.

Economist Lewis Mandell and finance professor Linda Schmid Klein did a study about a decade ago that examined roughly 80 students who had been through a high school personal finance course. One to four years after completing that class, the students were no more financially literate than students from the same schools who did not take the class; further, the students who took the class didn’t exhibit better financial behaviors and didn’t even think that they were more savings-oriented than their peers.

Said Mandell: “Financial education doesn’t work when it’s given in advance of when the consumer needs it.”

That’s not to say that bells won’t go off in the students’ heads years down the line when they are making choices to sign up for a retirement plan at work or in shopping for a credit card, but it is an alarming signal that legislation to make children smarter about money is a feel-good, rather than a do-good.

It’s no different than what we experience as parents. We warn our children about the dangers of debt and the problems of buy-now/pay-later thinking, but that doesn’t keep the next generation from at least dabbling in it as they become consumers and until they reach debt levels that feel uncomfortable.

Hopefully, they stop themselves in time, but countless studies of Americans’ financial habits say that too many people go all the way to trouble before they find the motivation to get things right.

Education will help solve that problem, but only to a small extent. Instead, it’s a problem we must all try to solve in our homes and our family/friend circles.

Have talks about money, pay the bills in front of your kids, tell them about preparing your tax returns and more.

No matter what politicians can legislate schools to teach, there’s no place like home when it comes to teaching money lessons good and bad.

Don’t rely on educators to give your children some money savvy; if they don’t learn good money skills from you, they almost certainly will pick up bad financial habits elsewhere.