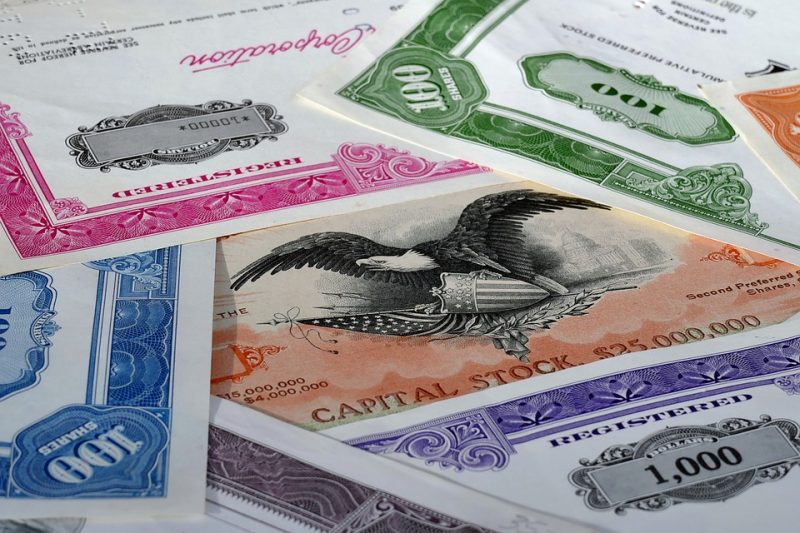 You’ve heard a lot this year about how hard it can be for youngsters to get a good education when they’re not in the classroom.

But this year also has brought investors what amounts to the greatest home-teaching tool the stock market has ever seen, and the perfect gift to give your favorite young investor – or would-be investor – for the holidays.

It goes by a bunch of names, and it combines a few different concepts that have been kicking around the investment world for years, but the idea boils down to: Buy your kids a few bucks of stock.

Whether it is “Stocks by the Slice” from Fidelity Investments, “Stock Slices” from Charles Schwab & Co., or simply trading in fractional shares on an app like Robinhood, a gift of stock has never been easier.

Pick a favorite company – or a few favorite companies – and a dollar amount (as little as $1, depending on the brokerage involved), set up an account and you’re off to the races. It’s ideal for grandparents or parents wanting to teach lifelong lessons about money and investing.

Until recently, however, giving youngsters a gift of stock was a pain, and I would know.

When my daughters were born in the early 1990s, I opened brokerage accounts for each of them as soon as they had Social Security numbers. My premise was that until the girls were old enough to appreciate what was inside a box — rather than the act of ripping wrapping paper and having a new doodad — I would let grandparents spoil them, while I enriched their future.

Executing the plan wasn’t easy, like it is now.

A few hundred dollars might buy a few dozen shares, but not the “round lot” of 100 necessary to get commission discounts. Discount brokerages were established in the mid-1970s, but weren’t a great deal for a micro investor – someone setting aside dribbles of cash – for decades.

As a result, buying and selling shares in my children’s accounts was clunky; I tolerated above-average commissions to achieve my mission. There were weird dollar amounts or odd share counts; it was “14 shares of UnderArmour,” — valued at $190 when my youngest daughter picked it as a young teenager — rather than a neat, clean “$200 of Coca-Cola” or “10 shares of Kraft Heinz.”

Mutual funds were a gifting option – they sold fractional shares so buying round-dollar purchases was easy – but never offered the lessons that stocks do about ownership, about controlling assets you believe are valuable and more.

A kid can understand that they like McDonald’s and might want to own it; they don’t get any sensory learning from owning the XYZ Fund.

A few funds were built to be given as gifts, but they posted mixed results and typically involved locking the money in for years, which makes it hard for a child to take on any control when it comes to stock ownership.

All of those problems are gone now.

It’s dollar-based investing – a specific amount – for fractional shares (however many shares that money buys) at no cost and for small dollars.

With my children, I invested in companies they recognized and understood; I found that they knew what ownership was about at an early age.

The idea was to teach them about investing, buying businesses, the value of compounding, the time value of money and much more.

As they grew, I spent a little more on the typical gifts kids wish for and socked less away in their portfolios. Still, it was a couple of hundred dollars, and then reinvested dividends put to work on their behalf.

By the time they were 10, my kids could talk stocks with me in a rudimentary way. They discussed reasons to buy a stock – Whitney suggested UnderArmour one year because their products were what all of her lacrosse-playing friends wanted for holiday gifts – and got involved in decisions of whether we added to an existing holding or put something new in the portfolio.

The girls also knew that the money in the brokerage account was theirs, to use on whatever they wanted as an adult; my promise was to make contributions until they turned 21 and took over account management for themselves.

Both children took control of a portfolio worth well over $21,000 on their 21st birthday.

That’s pretty good for just a few hundred dollars set aside each year.

That money was the accumulated value of holiday and birthday gifts not given, the monetary worth of the things that never wound up in the basket of old toys, the pile of under- and unappreciated “shows of love” or stuff that broke or was played out on its way to a destiny at the town dump.

Those portfolios – which have backstopped their ability to take important chances on career decisions – continue to be managed conservatively; the girls have scarcely touched the money. The girls have said the entire investment experience – from having the accounts to talking about how to manage them – has made them the envy of friends and schoolmates.

My only regret is that I wasn’t more frugal on the actual spending, so that I could have made larger set-asides to give the kids an even better start.

Now that gifting stock is easy – that you can build a portfolio and make small regular contributions to it – it should be the hot gift for a lot of parents this year. (And it can be purchased from home, so it’s pandemic safe!)

A lot of families should be doing this for themselves too, encouraging small savings that can grow big in time.

There are rules and restrictions to each program – read the terms carefully and make sure there are no hidden fees or potential trouble spots – but go with the broker you like best and buy stocks that fit that bill too.

Then teach your personal investment lessons to your kids. You’ll be solving some of the learning challenges and your holiday shopping dilemma in one fell swoop.