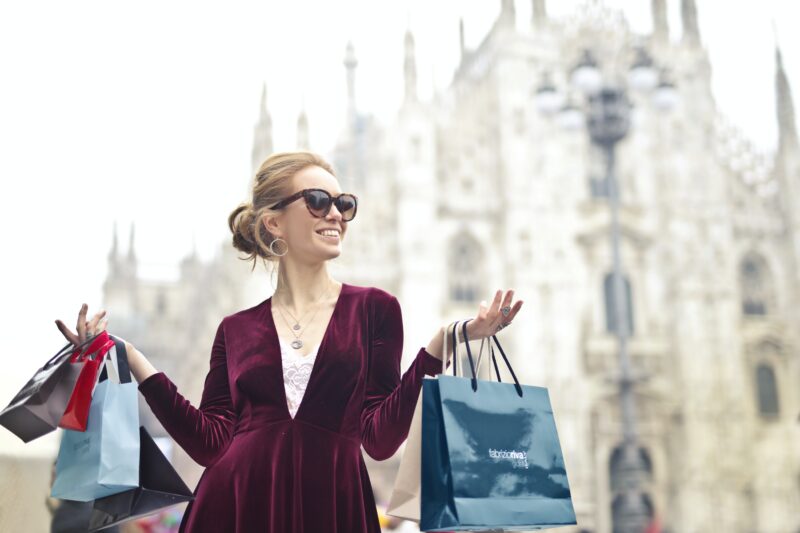 You can’t get revenge against the pandemic, no matter how much money you spend.

Yet as we get closer to a time when people feel they can return to a more normal life, there has been plenty of talk about how they will break loose with their money.

For people still feeling like they are in quarantine and lock-down, the phenomenon has been called “doom spending,” a coping mechanism where people spend money to relieve stress and anxiety. A recent study from Travis Credit Union found that roughly half of Americans surveyed acknowledged some doom spending, with nearly 60 percent saying they were taking weekly extravagances, with a majority of these purchases in the $25 to $75 range.

“Revenge spending,” however, is supposed to be the next stage.

When I saw the term surface in a few discussions and articles around Valentine’s Day, I realized the definition of the term has changed. In the past, a “revenge spend” was where one member of a couple spends a bunch of money motivated by spite, jealousy, rage, a need for control and more.

In the pandemic, however, revenge spending has come to mean excessive spending after a period when there were limited opportunities to spend.

An article in Bankrate.com describes it as “when you take out all your frustrations of the past year by deciding to drain your savings on everything you haven’t been able to do: buy new outfits, wear those new outfits to dinner at a restaurant, book trips and more.”

This is a real thing. There were reports from China, for example, of how consumers flocked to the stores and markets once the coronavirus lockdown ended, bent on beating back the quarantine blues.

But it’s hardly a new phenomenon. In “Apollo’s Arrow: The Profound and Enduring Impact of Coronavirus On the Way We Live,” author Nicholas Christakis says to expect gluttonous, hedonistic spending once the pandemic is securely in the rearview mirror. History shows this pattern recurring over and over.

(He also said in the book, released last fall, to expect “sexual licentiousness” and a wave of promiscuity, noting that indiscriminate spending and sexuality tend to go hand-in-hand during periods of economic recovery.)

Think the “Roaring Twenties,” which – up until the stock market crash of 1929 – was one giant bash that celebrated the end of the 1918 Spanish Flu epidemic plus the carnage of World War I.

Freed from those concerns, they open their wallets.

There’s nothing wrong with a little retail therapy, and the desire to travel to visit the people and places you’ve stayed away from during Covid times is understandable, but for anyone who will make it through the pandemic on more solid financial footing than they entered it, it’s important that revenge be served cold, and as cheaply as possible.

While there is no ignoring the people whose finances have been hurt by the pandemic – over 10 million Americans remain unemployed with nearly 40 percent of that group having been without a job for at least 27 weeks – it’s equally obvious that some Americans have benefitted financially during the shutdown, whether that has been due to the elimination of commuting costs, the benefit of stimulus that wasn’t needed to pay ongoing bills, a self-imposed spending exile and more.

Credit scores have hit record highs during the pandemic. According to Experian FICO credit-score data, the average American’s FICO credit score rose from 703 pre-pandemic to 711 by October. Generally speaking, a score above 660 is considered good.

Intentional or otherwise, the financial good that has been created for many families has been real, and should have long-lasting effects, provided the fortunate consumers don’t go pushing their luck with revenge spending sprees.

One of the interesting things that investors have faced during the pandemic is deciding which corporate numbers they can trust. Imagine looking at a stock, trying to determine its quarter-over-quarter or annual progress when, mid-pandemic, the business came to a standstill compared to when it was functioning normally.

Now consider that on a personal basis, and recognize that it may be hard to project post-pandemic, return-to-normal spending because we’re currently so far removed from “normal.”

I know people currently saving 50 dollars a day from not having to commute and park in the city, but who don’t know how frequently they’ll be in the office going forward. The pandemic has created a windfall that might be permanent or that could evaporate completely.

To project future spending now, compare your money flow from 2019 and 2020; use pre- and mid-pandemic activity to forecast what post-pandemic spending will look like.

Armed with that, you can plan for what I prefer to call “freedom spending,” the spree you will go on when things seem normal and you feel free to move forward unconstrained. This is where you start to budget for the trips, the concert tickets, the meals out and the shopping you want to treat yourself to once pandemic restraints are gone.

If you’re lucky enough to have pandemic-fueled savings – like the elimination of commuting costs – look at setting aside some of those gains to pre-fund your freedom spend. Use this to help set your limits, so that freedom spending is truly freeing, and that you don’t face the cruel revenge that credit-card companies can inflict when you overspend.

Look, too, at your own emotions and try to gain control of them before they trigger you. The issue with “doom spending” mid-pandemic or revenge/freedom spending later is that there is a big difference between doing something once because it makes you feel better and going on an uncontrolled splurge.

If you are fortunate enough to make it through the pandemic without significant financial challenges, don’t create problems for yourself just because you need to blow off some steam and stretch your legs.

Free spending often comes with its own vengeance; don’t let revenge spending set you up to face that retribution.