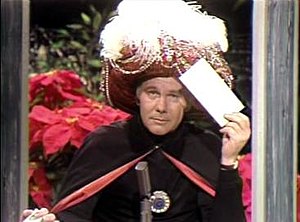 The worst stock market forecast of all time is finally coming true, and for all of its pitfalls, the advice behind the terrible prognostication remains among the best ever given.

That strange dichotomy is coming to a head now because the Dow Jones Industrial Average is on the verge of breaking 36,000, and most observers think it can hold that level as it climbs the proverbial wall of worry to new record heights.

To be sure, 36,000 is an odd number to celebrate, but it’s a celebrity number because in 1998, journalist James Glassman and economist Kevin Hassett wrote a Wall Street Journal piece dismissing fears of a stock market bubble and offering their reasons for why the market could go a lot higher. The Dow, at the time, stood at 8,782.

A year later, they released “Dow 36,000: The New Strategy for Profiting From the Coming Rise in the Stock Market,” which became a massive best seller.

Most importantly, the authors suggested that the benchmark index would hit the magic number in about five years.

Believers threw every penny they had into the market; critics and doubters thought the idea was, at best, absurd.

The stock market itself weighed in soon thereafter, popping the Internet bubble; a lot of other events also conspired to where it has taken 22 years for the Dow to finally be in striking distance of the prediction.

And that’s where the forecast went so wrong.

Bad forecasters never take the chance that Glassman and Hassett did; they give you a target or a date but never put the two together because that dramatically increases the chance of being wrong.

Had the authors not suggested their prediction would come true quickly, they wouldn’t have been the butt of forecasting commentary for the last two decades.

That’s because there was something critical that worked in the Dow 36,000 projection. Specifically, it’s all of the detail that was lost as investors focused on the headline number like it was gospel, before losing focus and faith as the market tanked.

There’s a big difference between forecast and advice, and what the authors were suggesting investors do amounted to: Buy a diversified portfolio of stocks, and don’t put too much money in bonds.

Their thesis was that stocks would deliver a much higher return than bonds over the long run, without incurring significantly greater risk.

That has proven true.

Where the forecast went wrong is that the authors believed that once investors galvanized around the idea that they should largely ignore bonds to roll with stocks and capture the greater returns, the market would be pushed to new heights, fast and forever.

And their long-term focus glossed over what can happen in the short- and intermediate term.

That’s not really a problem if you are wealthy beyond your needs.

An investor with a multimillion dollar portfolio can see it cut in half by a big decline and still afford to be patient and wait for it to come back. A senior citizen with a modest life savings doesn’t get the same solace if their nestegg gets cracked and will need a decade or two to recover.
There are a lot more people who care about the interim returns than can afford to ignore them.

And this is where the bad forecast turns out to be a good reminder for all investors; markets will go up, and reward investors who build sound portfolios to ride out the bumps.

In my opinion, the greatest stock market prognostication ever – though we haven’t seen it come true yet – came from mutual-fund pioneer Bill Berger, who predicted Dow 116,200 in 2040. He made that call in a 1995 speech to a Society of American Business Editors and Writers conference in Boston; the Dow was then just over 4,300.

Berger wasn’t predicting a roaring bull market – although the market was in the early stages of one – nor was he suggesting that there wouldn’t be troubles ahead.

Instead, the 70-something founder of the Berger Funds (which closed shortly after his death a few years later) felt that the future would reflect distant history, rather than recent past. The Dow was below 200 when Berger got into investment management in 1950; if the future reflected the past then, mathematically speaking, the next 45 years would take the index to 116,200.

Berger wryly suggested that if the market didn’t hit the magic number in 2040, people should seek him out then to discuss it.

While 116,200 seems ridiculously far away – even as the Dow reaches the much more famously predicted level of 36,000, consider this: an annualized return of roughly 7 percent over the next 18 calendar years would get it done.

What is critical in assessing each prediction is how investors set expectations around them. Glassman and Hassett expected a huge gain in the Dow, but they thought it would happen fast. Berger went even bigger, but approached it slowly.

The stock market does some crazy things – the last 18 months have proven that in both directions – but time soothes that madness.

Investors need to maintain expectations that will keep them hopeful and satisfied, rather than feeding disenchantment and week-to-week frustration that could make them change course and send them on a goose chase for something better or different.

The mission for most investors is to capture the market’s trend over a lifetime; investors inspired by Dow 36,000 have gotten there comfortably, even if it took longer than expected. People expecting Dow 116,200 will get there too.

The next week, month, quarter, year or half-decade aren’t too important to someone who takes a lifetime view of investing and shuts out the market noise.

For most investors, reaching a big target number is the ultimate goal. Give it time, pursue it and stay the course; if your best personal forecast is built on solid assumptions and reasonable numbers, you should reach the big numbers you need, and probably at the time when you expect it to happen.