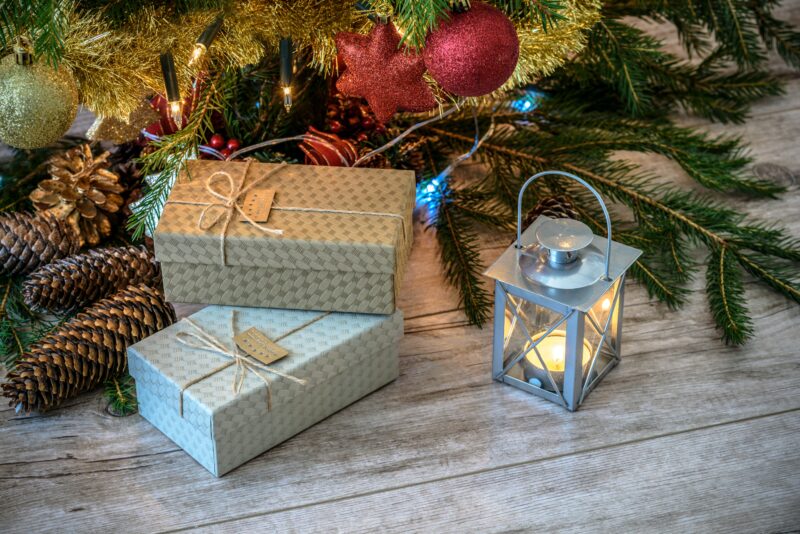 Janet, a grandmother from New Orleans, wants to give a little something extra this year for the holidays, but doesn’t want to go to the mall to get it. She’s not shopping online for it either.

She wants to buy her six grandchildren stock.

“I saw something that said that a gift of stock is ‘the in thing’ this year,” she wrote. “How, exactly do I give a gift of stock, and how do I make sure the kids learn something from it and don’t just cash it in for the money.”

Having set up stock portfolios for my own children – long before it was easy to give shares as a gift – I have strong feelings about the right way to give stock as a gift, whether it’s a one-time holiday present or an ongoing, annual or semi-annual life lesson.

With that in mind, here is my first-ever holiday shopping guide to stocks for children.

Prior to 2020, a gift of shares was hard. When my daughters were born in the 1990s, you had to establish an account in their name and buy full shares in whatever stocks you were choosing. You typically paid higher-than-normal commissions on small purchases; being a micro-investor – investing dribbles of cash – was inefficient at best, prohibitive at worst.

Those days are over.

Whether it is “Stocks by the Slice” from Fidelity Investments, “Stock Slices” from Charles Schwab & Co., or simply trading in fractional shares on an app like Robinhood, investing has never been easier, even on a micro scale.

Pick a favorite company – or a few of them – set up an account, and set a dollar amount, which can be as little as $1 depending on the brokerage involved).

That said, I believe it makes sense to have some guidelines, at least in your own head, while you are “shopping.”

For example, it’s a gift, the child’s money. College savings and inheritances or other big-dollar investments are different.

Thus, if a child wants to cash out the stock you buy them, there are lessons there too, like when they look back in the future and see the cost of being impatient.

Ask the children for input, and give them as much control as possible. You’ll teach more with stories and guidance than by attaching a lot of strings and rules to your gift.

Detractors will point out that money in a child’s name – in a gifts-to-minors account – is treated differently when it comes to college aid, which can create problems. They’re right, but since we’re talking about small dollar amounts – not college savings or a lifetime inheritance – it’s hard to amass so much money that the ownership issue actually becomes a meaningful problem.

Do decide who will be the adult who is overseeing the account; Janet can make her children – the parents of the gift recipient – the trustee, or she could do it herself.

Remember, you are investing for lessons, not lifetimes. There’s a difference between “the best stock” and “the right gift” to get a youngster interested.

An appropriate stock is something they understand, where they like or use the products and could talk about the business as a consumer.  A child “gets” McDonald’s (ticker MCD); they don’t really understand banks or energy utilities.

You can love index funds and want them to become a cornerstone of the portfolio of your adult children when they enter the working world, but stick to what they understand now and teach them the benefits of ownership.

Focus your gift on one or two issues or diversify and build a portfolio; your decision may depend on whether this is a one-time gift or something you’ll add to in the future.

My daughters’ portfolios were built mostly with brand-name stocks, but we took a flyer or two. They’ve learned lessons from winners, losers and average performers; my children still hold many stocks they were given, but also recognize that what was appropriate for a little girl – like Mattel (ticker MAT, purchased when my kids were into American Girl dolls) – may not be the best hold for a grown woman.

Still, their mix includes some picks for a lifetime, like The Hershey Co. (HSY); the stock has been as strong as my oldest daughter’s life-long love of chocolate.

Consider investments as a secondary gift, supporting the primary presents a child is receiving. Think sporting goods for the athletic kids, video-game companies for the gamers, and more.

Here are some stocks that have a place under your tree this year:

The big names: My youngest daughter was a teenager when we bought Microsoft (MSFT) shares, based on her simple premise that the company seemingly had a hand in everything she was doing online and via computer. Apple (AAPL) would have fit the same bill.

Google is ubiquitous, making Alphabet (GOOG) a stock worth considering, and Meta Platforms (FB, the renamed Facebook) is appropriate for children who live on Facebook and Instagram.

For the sporty kid: A number of famous franchises used to be publicly held, but there are few options today. Manchester United (MANU) or Juventus (JVSTF, a penny stock) are international options for your young soccer player. Madison Square Garden Sports Corp. (MSGS) – owner of the New York Knicks and New York Rangers franchises – might appeal to New York sports fans, while auto racing aficionados and Atlanta Braves fans could go with Liberty Media Corp., which has several series of shares that represent an ownership stake in either the Braves or Formula One racing.

Nike (NKE) and Under Armour (UAA) are options from the equipment and clothing side of sports.

For gamers: Nvidia (NVDA) is the chipmaker of choice for a number of professional esports leagues and top-tier streamers; Electronic Arts (EA) or Activision Blizzard (ATVI) — the latter owning franchises such as Call of Duty, Overwatch and World of Warcraft – or Take-Two Interactive Software  (TTWO, owner of Grand Theft Auto and Red Dead Redemption among others) might be joy-stocks for joystick jockeys.

Toys: The long-term track record of toymakers is largely ho-hum, but there’s no denying that toy company stocks are a perfect adjunct to a gift of Barbies or Hot Wheels (Mattel), a game of Monopoly or Nerf toys (Hasbro, HAS), etc.

Entertainment lovers: Live Nation Entertainment (LYV) might be the pick for music lovers, whereas movie-goers could look at theatre owners AMC Entertainment (AMC) – one of the original meme stocks, so something that might require more oversight than most options here – or Cinemark Holdings (CNK).

And whether it’s for movies, streaming or theme parks, it’s hard to go wrong with Walt Disney Co. (DIS)

Brand names: You can teach a lot about business, stock ownership and more if you have conversations about investing around your everyday consumption habits, so companies like McDonald’s or Wendy’s (WEN), Coca-Cola (KO), Hershey, Nestle (NSRGY) or Tootsie Roll Industries (TR) will never go out of style.

The possibilities are virtually endless, so be creative, and know that there’s no wrong choice. Do it right and you’re not just giving a gift for the holidays, but a gift for a lifetime.

Disclosure: I own shares of Microsoft, Coca-Cola and Hershey in my portfolio, but have no position in any other stocks mentioned here.