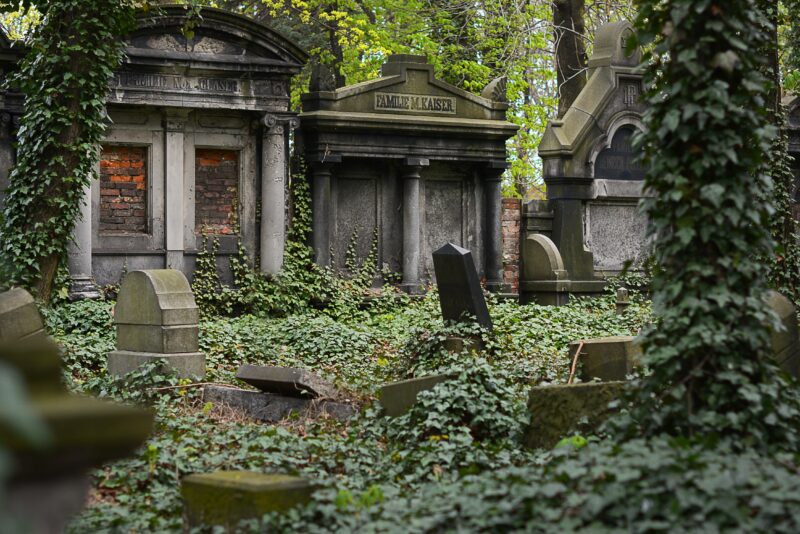 Wander through a cemetery and you’ll frequently see phrases like “forever in our hearts” or “You will always be remembered.”

The cemetery of mutual funds is devoid of such loving reminiscences, but if you look at the latest monuments – to funds that passed in 2021 – you will see a number of recurring descriptions, most commonly words like “value,” “tactical,” “advantaged” and “Asia”.

Every year, a few hundred exchange-traded funds (ETFs) and traditional mutual funds are killed off by management that has grown disinterested, disenchanted, dispassionate, disturbed by market conditions or unable to give a damn. No one mourns their loss.

Funds that took the big dirt nap this year are no exception, a mix of the uninspired, goofy, mediocre, marketing failures and investment errors.

Still, some funds created legacies or lessons that investors should remember. With that in mind — and in the spirit of year-end retrospectives about famous people who died in the past 12 months — let’s tell a few tales of funds that were sent off to the mutual fund crypt in 2021.

Among funds that shuffled off their mortal coil this year:

The CAN SLIM Tactical Growth Fund (ticker CANGX) was based on the seven characteristics of great stocks defined and described by William O’Neil, the founder of Investor’s Business Daily.

CAN SLIM – the method, not the acronym – is followed by a lot of investors, and the fund was supposed to give investors an alternative to pursuing its tenets on their own. The problem is that the processes of great investors don’t always translate into performance in funds.

After 16 years in which the fund badly lagged its peer group and the Standard & Poor’s 500 index, the $31 million fund was shuttered at the end of August.

Among the saddest stories of the year, IVA Worldwide (IVWIX) and IVA International (IVIQX) – successors to the legendary SocGen funds led by Jean-Marie Eviellard – shuttered in April having seen two-thirds of assets exit in the final year.

Manager Charles de Vaulx, an Eviellard protégé, was dedicated to value investing, and was a classic fund star; he was bold, charming and convincing, the kind of personality investors want when they seek something besides indexing.

He held a lot of cash in a frothy market, shunned virtually all technology stocks and stuck with his value and smaller-cap disciplines amid a raging bull market for growth and large-cap stocks. Morningstar analysts liked the funds, but performance wasn’t coming back and investors stopped waiting for a rebound.

Shortly after the firm was shuttered, de Vaulx committed suicide.

It’s another reminder that even star mutual fund managers are human; no manager – no matter their track record – is invincible.

It’s an admirable goal, but made for dull funds; they sorted the investment world in a different way, but ultimately were just another general-equities fund.

The Selective Opportunity Fund – not to be confused with any other funds that have “select opportunity’ in their names — was launched in 2017 and started with a bang, topping the 1,400-plus funds in the large-cap blend category in 2018, generating a total return of roughly 8.75 percent, 15 percentage points better than the average fund in the group, as measured by Morningstar Inc.

As value managers willing to hold cash, however, the success was short-lived as the market rebounded and value suffered. The manager – quoted during the heady days as saying he wasn’t focused on short-term performance, wasn’t able to stay on top for long; the fund was dead last in its peer group for one-and-three year performance when it shuffled off its mortal coil in June.

Amplify CrowdBureau Online Lending and Digital Banking (LEND) tried to tap into the power of peer-to-peer lending, but there was no power transfer here. In just over two years, it lost nearly one-third of its value, another failed theme fund.

Politicians often talk about reviving the coal industry, and investors got behind the idea too, but the VanEck Vectors Coal (KOL) proved how hard that task is, suffering annualized losses of nearly 8.5 percent over its 13-year lifespan, trouble that was greatly exacerbated by an 88 percent freefall in 2016. It’s a miracle the fund didn’t perish immediately after that catastrophe; when long-term recovery is hard to envision for an industry, it’s harder to picture for funds investing there.

JPMorgan International Advantage (JFTAX) – one of the biggest liquidations in recent memory — proved that you don’t have to be good to grow large and skin investors for decades. The fund trailed roughly 95 percent of its peer group throughout its lifetime, while never showing any “advantage” to shareholders.

Of the $1.2 billion in the fund when it entered the Big Sleep in February – just prior to its 20th birthday – not one penny belonged to the fund’s managers. Go figure.