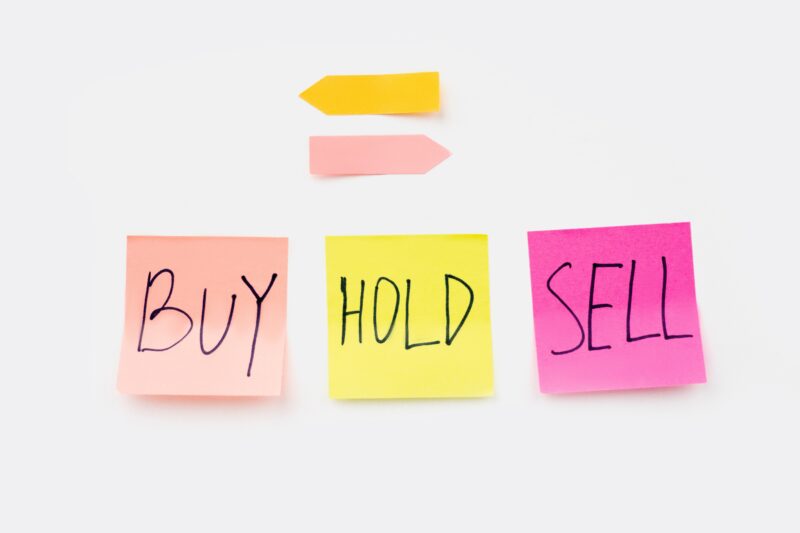 I was asked this week for the best investing tip I could come up with for these wild times.

My answer had nothing to do with the war in Ukraine, rising prices at the gas pump, the likelihood of interest rate increases or the stock market being off more than 10 percent and in correction mode.

“Stop looking at your accounts.”

It doesn’t matter whether it’s a statement, an app or a bookmark on the home computer, the best thing most investors can do right now is to take a breather, walk away from their portfolio and stop looking.

I’m not advocating neglect or suggesting you shouldn’t care. Investors need to occasionally track performance, make sure their asset allocation reflects their risk tolerance and continue to contribute/invest according to their long-term plans.

But in times when things get hairy, the human brain tends to go into loss-aversion mode, and that’s never a good place to be.

Daniel Kahneman, the psychologist who won the Nobel Prize in economics for his work on behavioral finance, famously described the problem in his 2013 book “Thinking, Fast and Slow” noting: “Losses loom larger than gains. The ‘loss-aversion ratio’ has been estimated in several experiments and is usually in the range of 1.5 to 2.5.”

That means that people regret losses by about double the emotion with which they welcome or applaud a gain of the same size.

Richard Thaler, another Nobel Prize winner in economics, coined the term “myopic loss aversion,” which combines our fear of loss with our tendency to look at the outcomes of events too often.

It’s what happens to investors in times like these; in trying to sidestep losses, investors often walk smack dab into them.

Think about it this way: Historically, any given day on the stock market is roughly a coin flip; the market is up slightly more than half of the days, but there are nearly as many down days as up ones.

But in any calendar quarter, the market historically has been up roughly two-thirds of the time, meaning the chances of seeing a loss – and triggering the aversion reflex – are dramatically reduced.

Move up to rolling one-year periods and that market is up nearly three-quarters of the time. The further out you go – meaning the less frequently you check in on the numbers — the greater the chances that the market results will be positive.

Kahneman gave his personal take and his advice for times like these years ago in an interview with The Motley Fool: “The one rule I have is I give very general instructions to my financial advisor, and then I don’t monitor it. I think that’s good, both because it causes more anguish than pleasure, on average, and because you’re tempted to make stupid decisions if you monitor things too closely.

“One [piece of] advice I would give to people, I think a quarterly report is probably too frequent. Just don’t look too often.”

Stepping away from the apps, the online portfolio tools and/or the statements is hard in a world with a 24-7 news cycle and where fast, easy access is supposed to be a plus.

I also recognize that resources like my podcast, “Money Life with Chuck Jaffe,” may not help either, as you can easily find investment pros talking about the moves they are making minute by minute and day by day.

The fact that those guys are pros – professional risk takers, if you think about it – helps them get used to dealing with the daily fluctuations. Their job may also require them to respond to current events and to live with a short-term outlook, whereas individual investors need only apply the short lens to emergency funds and money with a near-term purpose.

You don’t run a mutual fund or corporation that must satisfy investors nearly every quarter; you are portfolio manager of your own life.

Still, stepping away from the statements and apps requires strong belief that remaining fully invested and on your plan is the right move, and more comfortable in the market than in cash or gold.

For the latter, consider that Warren Buffett has long said that value of money goes down during a war, making war times a prudent time to buy stocks, not hold currency/gold. He famously bought his first stock at the height of World War II.

Steeling your spine for these times requires looking outward at the market rather than inward at your own portfolio.

Yes, conditions have been bad, but anyone who has ridden it this far can’t go backwards; the ride ahead – however murky – clearly shows the potential for patience to pay off.

Dave Sekera, chief U.S. market strategist at Morningstar, noted in an interview on my show this week that the selloff from the start of the year has taken the market from overvalued to “about 10 percent undervalued, broadly speaking” now.

Over time, stock prices tend to gravitate towards fair value. With growth stocks having been beaten up – to be the most undervalued – and with classic value stocks poised for recovery now, there is reason to be optimistic so long as you can look past the headlines.

Moreover, this economy still has robust economic growth potential. While it will suffer the effects of inflation and rising interest rates, it’s hard to have stagflation – a key worry for some experts right now – when there are employment gains and a rising gross domestic product, and that’s what appears to be on the horizon for later this year.

It will be hard for the market to generate much recovery while war rages in Ukraine. Resolution there – and subsequently with commodity prices – would go a long way toward taking the edge and the nervousness off.

But reacting to headlines is a way to make paper losses real.

That’s why the best thing most investors can do is focus on sticking with their strategy and staying the course, without even looking at their balances and statements.