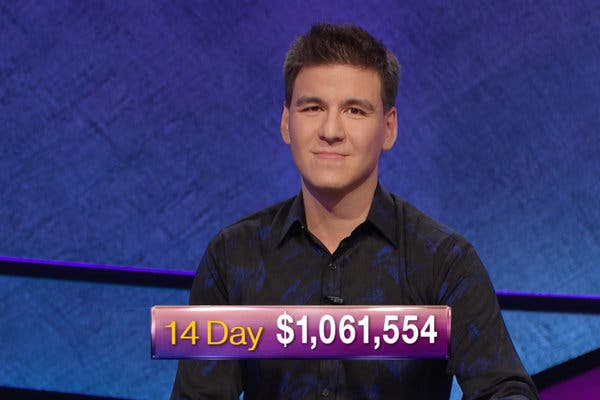 The buzz around Jeopardy! superstar James Holzhauer was so big that I had to tune in to a game show I hadn’t seen in years.

Holzhauer had purportedly “broken” the game – now in its 35th year – by turning traditional strategy on its ear; the winning did not slow down as the prizes mounted. Holzhauer appears likely to claim every significant Jeopardy! record.

But it was clear within minutes of watching that “Jeopardy! James” hadn’t so much mutilated the game as “optimized” it.

“Optimization” involves making the best or most-effective use of a situation or a resource, and it’s something that financial advisers strive for in portfolio decision-making. A simple example of how it works: when choosing between two similar mutual funds invested almost identically, picking the one with the lower expense ratio optimizes the profits you expect from the type of assets you’re investing in.

Investors and savers who have their futures in jeopardy – and not because of a game show – often make sub-optimal decisions, settling for less than they could achieve because they don’t truly understand how the game of long-term savings and investing is played.

While Jeopardy! the game show is not a long-term financial life-changer for most contestants, investors and savers looking at how to be better performers in the investment game can learn a few key lessons from watching Holzhauer for as long as his winning streak lasts (which could be into next season).

Here are five lessons investors to take from Holzhauer’s play that can give you an edge in amassing real-life winnings:

1) Build your cash stash as early as possible. It’s a game-changer.

When Holzhauer controls the Jeopardy! board, he plays high-dollar answers first in order to build his pot, giving him the gambler’s edge of being able to take maximum risk if he catches a “Daily Double” while the game is young.

The quick winnings let him make decisions from a position of strength.  Consider that stance relative to his opponents; they’re in a deep hole so quickly that it feels impossible to dig out. No matter the questions they get right, they’re always playing from behind.

The good news is that retirement savings is not a zero-sum game with only one winner, but the benefit of having a head start is undeniable.

The earlier you make in-roads to your retirement goals, the more time you have to let the market work, the better positioned you are to make savvy decisions.

2) Take risks when you can afford to; reduce risk when there’s less time to recover.

Holzhauer puts the game away by betting big on the Daily Doubles, but often scales back his bets as the game progresses.

He typically bets everything on his first special-wager opportunity; while he wants to build the stash, he also has the most time to recover if he blows the clue.

By the time the third Daily Double is up, Holzhauer typically takes less risk relative to his winnings, thereby avoiding mistakes that might let other contestants back into the game (in the vast majority of his wins, Holzhauer had the game won before it ever reached Final Jeopardy).

This is standard, common-sense investment practice; it’s why target-date funds start out heavy in stocks and migrate towards safer bond investments as the retirement date comes into view. Sadly, many investors don’t take steps to mitigate risk as they age, sticking with what has been working rather than protecting their winning position.

3) Understand the game you’re playing, the rules and tools.

Holzhauer has an incredible mind for trivia, answering correctly on 97 percent of his opportunities. Beyond that, he has the delicate buzzer timing down, giving him a huge edge on his opponents.

Combine that with his mind for bettor’s math and he has a huge edge.

Individual investors don’t have that advantage when it comes to the pros, the stock jockeys and the day-trading sharpies. The good news is that they don’t need that edge, they simply need to stay in their knowledge zone.

You can win the investment game and reach your goals as a buy-and-hold investor, as a trend follower, as a trader and in almost any way money managers can think of, but whichever method you decide to focus on, you want to know it inside and out and feel comfortable enough to bet your financial life on it, because that’s precisely what you do with the decisions you make each day.

4) Have your goals/targets in mind.

Holzhauer has celebrated his daughter and various family members by amassing winning totals that represent their birthdays. At any given time, he might have gone for more money, but achieving his special target was more important than maxing out the winnings.

The long bull market has many investors ahead of where they might otherwise expect to be. If you haven’t “saved enough” over the last decade, you might feel like the market has “saved for you.” That makes it easy to feel like you might let your winnings ride, even though you are now 10 years closer to the end of your accumulation years.

Individual investors need to save enough to give them a chance to reach their targets, and must manage money to achieve their goals. Losing sight of those goals ultimately leads to performance-chasing, going for what’s hot and losing ground relative to your ultimate savings target.

5) Be completely comfortable with your strategy.

In true Jeopardy! fashion, if the answer is “James Holzhauer’s strategy,” the right question would be “Why isn’t everyone doing this?”

Holzhauer has drawn gasps from the studio audience and criticism from long-time game-show fans, but he hasn’t wavered in his tactics.
Whatever strategy you have for your money, you must believe in it regardless of market and economic conditions, or what you hear someone brag about at the water cooler. You need the courage to apply it when times look dark and the nerve to stick with it until all questions are answered and reaching your goals is no longer in peril.