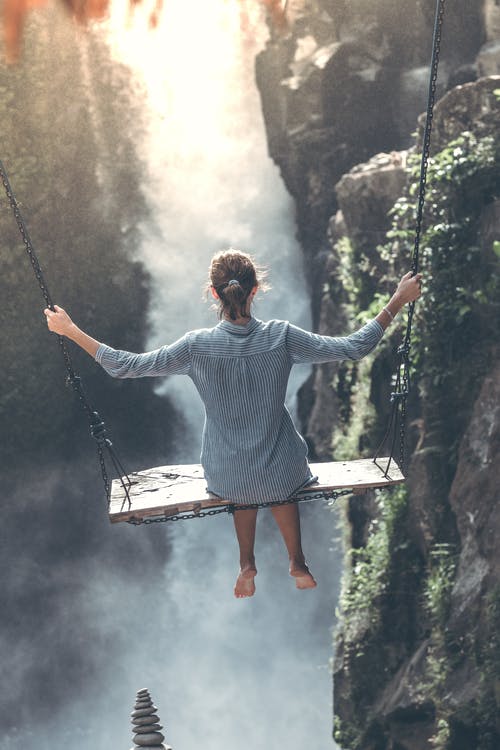 Steven S. in Sylvania, Ohio just hit one of his lifetime savings goals, and now he’s freaking out.

You’d think it would be a big celebration, reaching a big round savings number ahead of the rule-of-thumb schedules for being able to retire comfortably.

Instead, Steven’s freak-out is that he’s worried about breaking the benchmark – which in his case was amassing $500,000 in retirement savings – in the wrong direction the next time the market heads south.

“I’m excited to have reached $500,000, and before I reached age 50,” Steven said in an e-mail, “but I’m terrified that if we have a bear market I’ll be way behind again. So I’m thinking of protecting what I’ve got by taking most of it out of the market.”

Like investors everywhere, Steven has come to the crossroads in buy-and-hold investing where the challenge isn’t buying so much as holding on. With many experts suggesting the market is heading for a downturn – and with Steven noting that he had read about the Standard & Poor’s 500 falling below its 200-day moving average, a measure of the market’s longer-term trends – nervous investors are trying to figure out how they will ride out looming troubles.

It’s particularly worrisome for someone like Steven, because his recent personal goal stands in the balance. Having crossed the half-million mark in retirement savings, it would not take too many points on the downside to push him back below that line.

“Right now, every time the market loses a few points, I’m more nervous than I’ve been in years,” he said.

Investors have a tendency to count their winnings on paper, but then to internalize the pain of losses from those highs.

Thanks to the long bull market, many investors have crossed personal thresholds and gotten back on track after feeling hopelessly behind when their portfolios were crushed in the financial crisis of 2008.

But they haven’t forgotten what that decline felt like, and they don’t want to feel it again.

For Steven, however, his latest milestone is making him hyper-sensitive.

He didn’t pick the $500,000 mark willy-nilly. Fidelity Investments has said for several years now that savers should aim to have one times their salary in savings by age 30, three times salary by age 40, six times salary saved by 50, all the way up to 10 years’ worth of salary in retirement accounts at age 67.

Having just turned 48, Steven set $500,000 as his target for age 50. That he is ahead of the game makes him feel particularly accomplished.

But the fact that he is just barely over the mark also means that the market’s recent volatility has bounced him around. Sometimes he checks his portfolio and it has been below his benchmark, other times it has him smiling.

The problems here are common ones for investors. One is that the personal benchmark is a number, whereas the ultimate goal is so much more than that; another is that the excitement of achieving the milestone has him looking at his portfolio more often, a bad move in volatile times.

While the $500k number is something anyone should be proud to achieve, the ultimate goal is much larger, something like $850,000 with nearly 20 years to achieve that goal set by Steve’s compensation and the Fidelity scale.

The amount Steven has now is unimportant; being on track is what matters. If the market were to drop 10 percent and take Steve’s portfolio with it, the resulting $450,000 might be behind the rule of thumb but still has him on or close to the long-term pace he needs to set.

Meanwhile, if Steve takes too much off the table now to stay above the current mark, he can avoid losses but also can reduce his growth potential and impair his ability to reach the ultimate goal.

If he follows short-term indicators, he will be trading buy-and-hold for a strategy he doesn’t fully appreciate. When he wrote me, the market had fallen below the long moving average, but by the close on Tuesday, it was back above; Steve’s long-term, sock-it-away tendencies don’t make him an ideal trend-follower.

At some point in every strategy, the investor’s will gets tested.

It may be when the portfolio falls before a certain level, or when losses – either from the top or from a starting point – reach a certain depth. It might be when a short burst of volatility feels like it could become a scary long-term reality.

Flailing around from one strategy to the next is the surest way to get the worst of all worlds, to consistently go from the frying pan to the fire.

If buy-and-hold has worked for you – and you have a sufficient time horizon to let it keep working – there’s no reason to deviate strategies just because the outlook has dimmed.

Prepare yourself to deal with a downturn emotionally, while you prepare your portfolio strategically, not by going to cash and exiting stocks but by re-balancing a portfolio, culling winners to put into areas that lagged in order to get the portfolio back onto its planned asset allocation.

As Steve’s portfolio has reached the interim target, it has gotten heavier than planned in large-cap growth stocks. Pulling from that area to reinvest the proceeds in bonds or slower-growth areas makes sense.

So, too, does focusing on the next personal milestone, rather than the one just achieved. Portfolios tend to bounce around with the market before ultimately grinding higher (hopefully boosted not just by the market but by continuing deposits/investments); getting lost in the day-to-day – which is easy to do when the market is volatile and/or down – results in real financial losses for most people.