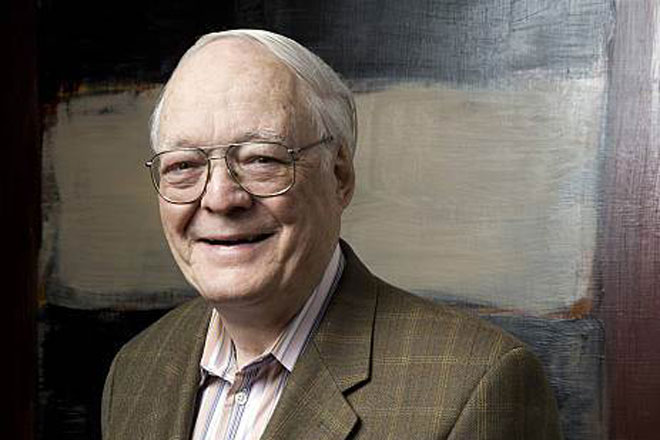 Over breakfast one summer morning in the late 1990s, I asked Vanguard Group founder Jack Bogle – creator of the index fund and staunch believer in passive investing – what he would say to anyone who suggested that frothy times had made it “a stock-picker’s market.”

I can’t recall Bogle’s exact answer, but it went something like this:

“I would have told them until recently to buy Vanguard Windsor fund, because the only stock-picker I truly believe in is John Neff, but now that he’s retired, I would tell them they’re running a fool’s errand.”

Bogle had so much faith in Neff that he famously invested his own money with his lifelong friend and tennis partner. After Neff’s retirement in 1995, Bogle said there would not be another manager like him.

Neff, one of the last true superstars of mutual fund management, died June 4.

Shareholders will remember him fondly, and for good reason; during his time at the helm, Windsor investors earned an average annualized return of 13.1 percent, compared to 10.5 percent for the Standard & Poor’s 500. Vanguard reported at the time of Neff’s retirement – technically, he worked in the Philadelphia office of Wellington Management Co. — that he had beaten the index in 23 of his 31 years at the fund.

He liked his portfolios concentrated in stocks that paid steady (preferably rising) dividends, which he purchased at discounted prices, but he had – and used – the power and freedom to go anywhere with shareholder money; he was contrarian, unafraid to let cash pile up when he couldn’t find anything worth buying.

In the times when Neff underperformed, his tendency was to be “early” rather than “wrong.”

There’s a key difference; fund managers who are wrong tend to flail around in an effort to become right again. Fund managers like Neff who are early – and supremely confident – wait for the market to come around to their way of thinking.

More often than not, that’s how it played out for Neff, the real exception being his last few years at Windsor when performance lagged; he retired before the recovery that might have come along with the inflation and bursting of the Internet bubble.

But the thing that makes Neff and other 1970s and ‘80s fund legends like Peter Lunch of Fidelity Magellan or Michael Price of the Mutual Series funds impossible to replicate is that the fund industry has changed so dramatically that it seldom allows genius to bloom.

Neff, who was far too humble and self-effacing in my few interactions with him to have considered himself any type of genius, acknowledged in 2000 – when we chatted about his book “John Neff on Investing” that he was in many ways the product of a bygone era.

In the early days of mutual funds, managers had total control. There weren’t really stock or bond funds, let alone hundreds of different flavors and categories of fund. Managers did what they thought was best.

Phil Carret – who founded the Pioneer fund in 1928 and managed it for 55 years – was nearing his 100th birthday (and still managing money for clients) when he told me that the advent of ratings and rankings systems and portfolio graders and evaluators would ultimately mean the end of manager flexibility.

“If they can’t measure it, they don’t understand it,” Carret said of ratings agencies, “and if we’re all going wherever we want to, they can’t compare and measure us by anything but results, so all managers will have times when they look bad.”

Much of Neff’s star was built before the public turned “style boxes” into straitjackets limiting a manager’s creativity.

Peter Lynch’s successor at Fidelity Magellan, Jeff Vinik, was pilloried by shareholders and ratings agencies for moving the fund heavily into bonds in 1995; the move was bold and early, which investors mistook for “wrong.”

When the fund failed to outperform peers, investors fled, mostly under the guise that they had bought a stock fund and now owned a bond or a balanced fund. That Vinik’s call proved right – it might have spared them much of the pain of the tech meltdown had the fund had stuck with it – was irrelevant, as Vinik was ousted. (Lynch himself moved Magellan into bonds in the 1970s – again early – but investors never noticed the change because there were no ratings agencies questioning the move.)

Neff knew that he had been the right man at the right time, his record a product of his era as much as his keen judgment. He believed there would not be “another John Neff” because investors would act like they “knew better” than the manager any time performance faltered.

Dan Wiener, editor of the Independent Adviser for Vanguard Investors and chief executive officer at Adviser Investments, has long maintained that investors should “buy the manager, not the fund,” but he cautioned that today’s stars are different from the ones of bygone days.

“I don’t think the fund industry creates these guys unless it gives them the kind of freedom that Neff had at Vanguard,” Wiener said. “Today’s funds tend to be so restrictive with their objectives that no, I think [creating a star manager like Neff] would be a rarity.

“I’m guessing that fund boards aren’t willing to stick their necks out,” he added, “so they put together a tight objective and hold the manager to it. Then, if the manager strays they can fire them. Otherwise they don’t have much recourse if a go-anywhere manager goes a bit too anywhere and shareholders balk.”

Today’s fund stars are category champions rather than all-around winners; it’s still worth wishing on their results, but only those who got to ride with the likes of Neff during his glory days can appreciate just how much the fund industry has lost in the name of progress and with the passage of time.