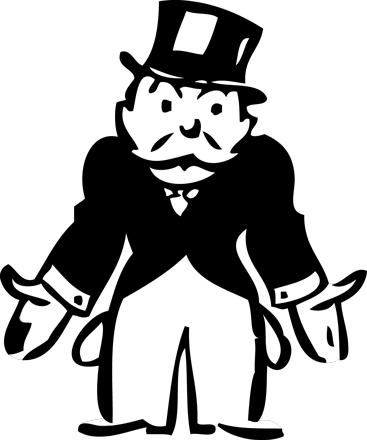 Most bad financial experiences at least come with a lesson, something good where you can say that money lost was the cost of your education as a consumer.

This is not one of those stories.

Instead, it’s about pure financial pain and emotional misery, something I’m facing again mostly in the hope that you can make savvy and speedy decisions if ever faced with the same kind of problem.

About two years ago, I wrote about my first experience with a deadbeat, someone who owed me money and simply refused to pay it. Of all of the financial issues I have ever dealt with personally, this has been the most frustrating.

That’s saying something because I’ve lived through an IRS audit, stolen credit cards, lost wallets, having funds improperly moved out of bank accounts without my knowledge, family members buying notorious and/or infamously wretched investments, you name it. I suspect that only identity theft would be worse – though I don’t want to find out – largely because it requires constant attention and vigilance to fix.

With a deadbeat, the situation is front-of-mind only when you put it there, as I’m doing now. Still, it leaves behind a bitter taste, which is why you need a game plan in case it ever happens to you.

I wrote occasional freelance articles for Consumers Digest — a low-grade knock-off of Consumer Reports – for about 15 years. The editing process was Draconian, the contract was odious, and payment was never on time, but the money always arrived in full eventually.

Early in 2017 – as I was awaiting a late payment for an article published in January — I broke one of my cardinal rules for freelancing, taking a second assignment my last gig hadn’t been paid for.

The work was timely, comparatively easy and the editors didn’t believe this late payment was any different than past ones.

Once I agreed to the contract, I was going to finish it, even as payment for the first story had become abnormally late.

Consumers Digest publisher Randy Weber acknowledged the debt, promising in e-mails to make good and volunteering to pay interest at a clip of 1 percent per month. In phone calls, he described a temporary cash-flow situation, and promised a plan for partial payments.

I was owed $7,400 for the two pieces, without interest. When Weber stopped responding, I filed suit [Chuck Jaffe vs. Consumers Digest Publications, Docket #: 1756CV1149 at the Quincy (Mass.) District Court] and wrote about my deadbeat dilemma.

I paid roughly 10 percent of what I was owed for an attorney to handle the case; Consumers Digest never responded to the paperwork, so we got a default judgment.

My column brought a bunch of scorned Consumers Digest freelancers out of the woodwork. A few had made headway with Weber or with getting their own court judgments. We traded information. The National Writers Union filed suit on behalf of 17 freelancers who were owed a combined $63,000.

To collect, I needed an Illinois lawyer to uphold my judgment in Consumers Digest’s home space.

Collections lawyers don’t jump at small, one-time cases where the juice isn’t worth the squeeze; guys who chase deadbeats like cases above $10,000, and often only take smaller cases when they get a bunch of them, like when a credit-card issuer pursues hundreds of small delinquencies.

Not wanting to throw good money after bad – because Consumers Digest was barely float – I found a lawyer who took the case on contingency; he felt that the information I provided, including still-active bank account numbers, gave us a shot.

We were not, however, the fastest gun.

Several other writers got there first (including Debra Borchardt, who fought the case personally and wrote about her victory here: https://www.linkedin.com/pulse/i-sued-consumers-digest-won-debra-borchardt/?trackingId=%2BrjLCgnxy31UVV6yhmcT6A%3D%3D), and the money dried up before we could certify our claim.

The National Writers Union in May 2018 got Consumers Digest to sign a payment agreement for the full 63 grand of the freelancers’ contracts, but my Illinois lawyer told me to stay out of that suit since I had an enforceable judgment before the case was filed. Consumers Digest, apparently, never honored the agreement or paid those writers a dime.

I’d love to say that at least there’s a tax benefit to never getting paid, but typically you only can deduct a bad debt or unpaid judgment if you previously included the amount in your income. Most individuals, myself included, are cash-method taxpayers – meaning we don’t pay taxes until we’ve been paid – so we can’t deduct bad debts except in unusual/bizarre circumstances.

In a world where many people take side gigs for extra cash, the experience of dealing with a deadbeat is at least worth keeping in the back of your mind.

Make sure you truly believe the person or company authorizing the work will follow through; be skeptical until they establish a history of correct and timely payment.

Don’t over-extend yourself, as I did by taking on additional work when a bill was outstanding; if an employer can satisfy several members of the angry-money mob for the same dollars they owe you, expect to be paid last.

Clear contracts help, but written agreements with clear terms and timelines are there for the legal process. Debtors can ignore written contracts as easily as verbal ones.

Pursuing the case in court may be a loss dressed up as a win. While it feels good to pursue a deadbeat, it’s time-consuming or costly or both; you still have to collect. Despite winning the case, my lawyer’s fees, financially speaking, were a bad investment since I was never paid.

In the end, it was a costly lesson, one that I will forever speak about with bitterness. Being cheated, robbed, stolen from – whatever words you apply to a deadbeat – feels awful. It’s sickening. If you fear that it could happen to you, take your precautions up front; without that, your story has no chance at a happy, financially rewarding ending.