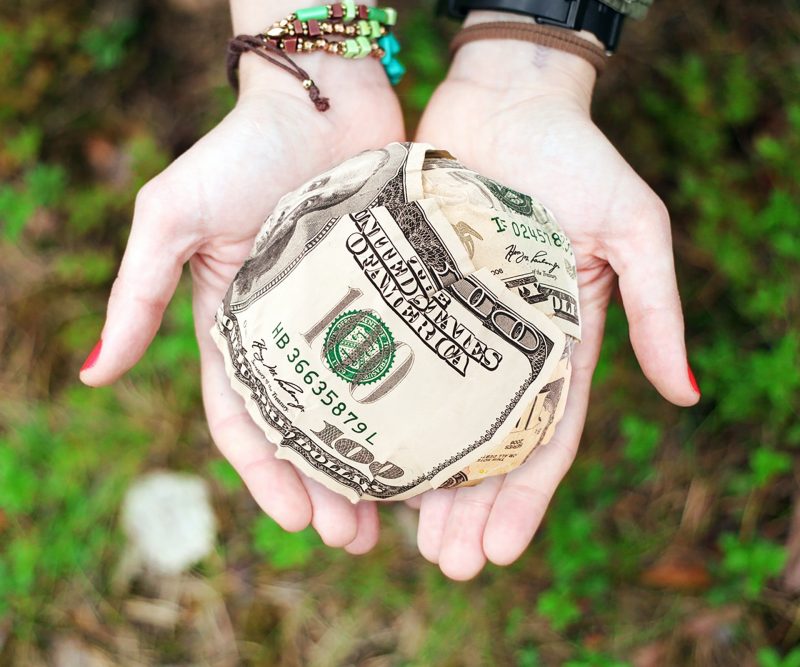 It’s all about the acronym.

That’s why a 20-something member of the “FIRE movement” – which stands for Financial Independence Retire Early – told me last week at FinCon 2019 that I “don’t qualify as FIRE.”

Mind you, this young blogger is working a corporate job, driving an Uber on the side and is anxious to retire by age 40. He’s happy to brag about giving up fancy cars, expensive toys and a consumer-driven lifestyle that included over $30,000 in credit-card debt that he’s now paid off; he says he’s not planning to pay for college for children, if ever he has a family, so he can stay focused on leaving the rat race as soon as possible.

He had a lot of friends at FinCon, which this year drew over 2,000 financial-content creators to Washington, D.C., for a mix of lessons in frugal living and how to make money from running a blog.

I’m not naming him because I actually admire his push to get out of debt and take control over his financial life, even as I couldn’t understand how anyone could suggest I’m “not FIRE.”

Financially speaking, look at any scale designed to say who is prepared for retirement and the math in my retirement and investment accounts shows me as being ready to quit now, despite being a decade below the 67 years most of those calculators use as retirement age.

I didn’t give up fancy cars to make that happen; I never drove one in the first place. I didn’t have to sacrifice my consumer-driven lifestyle because I never had one. For decades before anyone ever heard the term “side hustle,” I was officiating lacrosse games and/or writing freelance pieces to make extra money. My ex-wife and I put the kids through college, and saved as much as we could afford to; I started investing at age 14 and, judging from those account balances today, have done a reasonably good job of it ever since.

And I’m not retired because I love my job and don’t want to retire.

When I was downsized out of my big-employer’s media job in 2017, I kept on doing what I love, even though I could make a lot more money finding a new role in Corporate America.

I’m not bragging here, just pointing out that I actually feel pretty representative of having achieved financial independence and the ability to retire early, despite the fact that the movement apparently doesn’t want me.

Comedian Groucho Marx famously said that he refused to join any club that would have had him as a member.

I don’t particularly want to “be FIRE,” but I wish people understood that “retiring early” shouldn’t be the goal of achieving financial independence.

The real goal is “gaining choice.”

As I told my daughters when I started teaching them money lessons at age three, “Money gives you options, choices and control.” My kids are nearly the age of that FinCon blogger; to date, they’ve avoided the problems he brags about overcoming.

The problem is that FIGC – Financial Independence Gaining Choice – is a lousy acronym.

You’d be better off saying you’re FIG NEWTON (Financially Independent Gaining Nothing Except Wealth for Tomorrow. (Yes, the last ON in the acronym are extraneous but also necessary since “fig newts” are not a thing).

I just made that up, by the way; there is no FIG NEWTON movement.

FIRE, meanwhile, is a real thing with a cult-like following that’s receiving excessive media exposure, largely because FIRE bloggers and podcasters are trading their stories to media outlets in exchange for mentions that they hope will increase credibility and traffic. It’s why you can scarcely go to Forbes.com, MarketWatch.com (my former employer), Kiplinger.com and beyond without finding heaps of budgeting and cost-cutting advice surrounded by tales of people “retiring” super-early.

Those stories often anger “regular people” who are just trying to amass a nest egg, live a “normal life” and retire in due time.

Critics suggest that FIRE achievers are self-absorbed and self-indulgent in their own ways, anxious to reach retirement so they can stop working and goof off for the rest of their lives. Personal finance guru Suze Orman – it’s well-known I’m no fan of hers – has attacked the retire-early crowd for being irresponsible, for not recognizing that they will need millions to quit so young and for putting their lives at high risk of facing money problems later in life due to lack of benefits, sufficient savings and more.

But none of the FIRE members I have met who “retired early” have actually, well, retired.

They may have quit traditional day jobs or left the corporate world for something less structured, but they’re active in their communities and in life, often teaching/coaching – helping others learn financial responsibility – and volunteering, taking jobs or projects that they find meaningful and more.

In fact, these more-experienced FIRE members would suggest that I am one of them – despite no plans to retire – because I control my destiny rather than being controlled by the salary from my day job.

And that’s ultimately the point here: Financial independence should be everyone’s goal and – like all things financial – there is no one right way to achieve it.

Reach a level of security where you can live out your days comfortably, without being a burden to your family, where you have the choice to work and the ability to spend money on things that are important to you and you have achieved financial independence by every standard that matters.

Don’t let anyone tell you otherwise.

Gaining choice and achieving financial independence is the de facto goal of every consumer, every individual trying to save for retirement and to provide for their family.

Achieving it doesn’t require an acronym or joining a “movement.”  Just be financially focused on what’s important and set a path that keeps your lifetime savings and investing goals as your true priority; that’s how you will reach them.