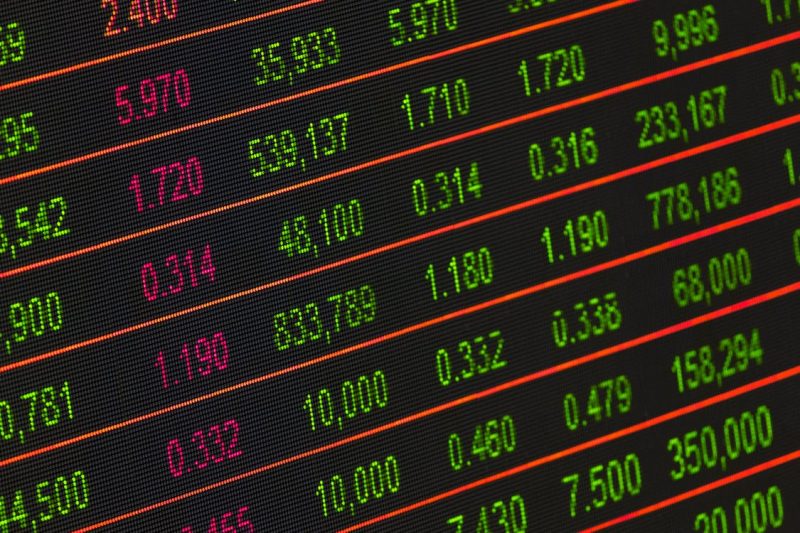 I long ago stopped making forecasts of the stock market; I didn’t need to go out of my way to make a fool of myself.

Still, I came up with an answer for anyone who asked me where I saw the market headed.

“Up,” I say, when asked for my market prediction. “I won’t guess by how much, but I truly believe the stock market will be up 10 years from today.”

I have used that answer for about a quarter-century now; it always has been right. It’s less a market projection than an investment truism.

Last week, Americans reaffirmed – via a survey from Bankrate.com — that they believe that stocks are the best way to invest over 10 or more years.

But it was hardly a landslide.

Just 28 percent of Americans singled out the stock market as the best way to invest. Real estate was a close second, named by 26 percent of respondents, followed by cash/savings accounts/certificates of deposit (18 percent), and gold or precious metals (14 percent). Bonds and Bitcoin/cryptocurrency both were favored by just 4 percent of respondents.

Bankrate.com has done this study for the last eight years, and stocks have only finished on top twice (2018 was the other time), and generally have finished out of the top three, behind real estate – America’s favorite last year, when it carried 31 percent of the response – and cash.

In other words, the majority of people have chosen safety over growth, repeatedly, and they did it while the stock market was in the throes of a long bull-market run that made big gains feel like a birthright and downturns feel extinct.

And yet, this year Americans favored stocks even though the stock market had fallen by roughly 33 percent in a month as the coronavirus pandemic was beginning. Even with the massive bounce-back prior to the time when Bankrate.com conducted the survey in early July, it would have been a time when you could not have faulted anyone for being nervous about the market’s future.

In fact, had it not been for the pandemic, even more people might have sided with stocks.

“Of those people who didn’t select the stock market as the best way to invest over 10 years, we asked if the pandemic played a part in that decision,” explained Greg McBride, chief analyst at Bankrate.com. “And the pandemic influenced more than half of those people; 34 percent said it was a major reason why they didn’t like stocks best, and 19 percent said it was a minor reason.”

If market timing – the feeling that “Now is a good time to invest” – is influencing the decision, then investors don’t understand the question, or they don’t understand investing in general.

“I can’t imagine what could happen or would have to be happening for me NOT to pick the stock market for the next 10 years, no matter when you ask me,” said McBride.

And still, a big chunk of people chose cash, savings accounts and CDs despite miniscule interest rates that aren’t getting more generous any time soon.

They must believe the old Will Rogers quote that the quickest way to double your money “is to fold it in half and put it in your back pocket.”

There’s no denying that the safety and security of a federally insured bank deposit makes cash appealing, especially in the short term, when return of your money may be more important than the returns your money can generate.

Long-term, however, investors must expose their portfolio to stocks in order to get the growth they need.

Says McBride: “Your biggest risk over the long term is not investing too aggressively, it’s investing too conservatively. That’s never been truer than it is right now, when interest rates are at historically low levels.”

Indeed, I asked some guys who actually make projections and forecasts what it would take for them to choose something besides stocks as the best investment for the next 10 years.

These are chief investment officers and market strategists and the thing they had in common was an unwillingness to speak on the record, because they didn’t want to be quoted discussing the outlandish, unlikely scenarios they think would have to happen for real estate, cash or bonds to outgain the stocks in the 2020s.

Oh, but they had theories and worst-case scenarios.

Reaching that level of despair involved a pandemic that rages on for a half decade, massive inflation stemming from all of the stimulus that has been generated to help the economy get past the viral time horizon, weakness in the dollar unlike anything that has been experienced before, a coup that invalidates the upcoming Presidential election, civil war, or some combination thereof.

Ironically, the investment they would favor over the next decade if that whacky stuff actually happened was commodities, something not on the Bankrate.com questionnaire and an asset class that likely would have gotten even less of the response than bonds and Bitcoin.

In short, any survey respondent truly fearing a financial apocalypse likely doesn’t have an allocation to the assets that experts say they’d want in the event of such a doomsday.

This brings us back to why you trusting the market remains the best strategy.

No one was saying in February that they expected a fast recovery. No one looking at the recovery thinks it is broad and driven by a lot of across-the-board growth; in fact, just a handful of stocks have been lifting the big indexes to record levels.

And there’s little doubt that real challenges lie ahead, true potential for ugly days as the market and the economy work their way out of the pandemic, a workout that’s unlikely to take hold until there’s a vaccine and a clear path to normalcy, whatever that ultimately looks like.

The one thing that remains normal is that “Up” is the market’s long-term direction. Maybe not way up – maybe with a lot of down mixed in along the way – but up nonetheless.