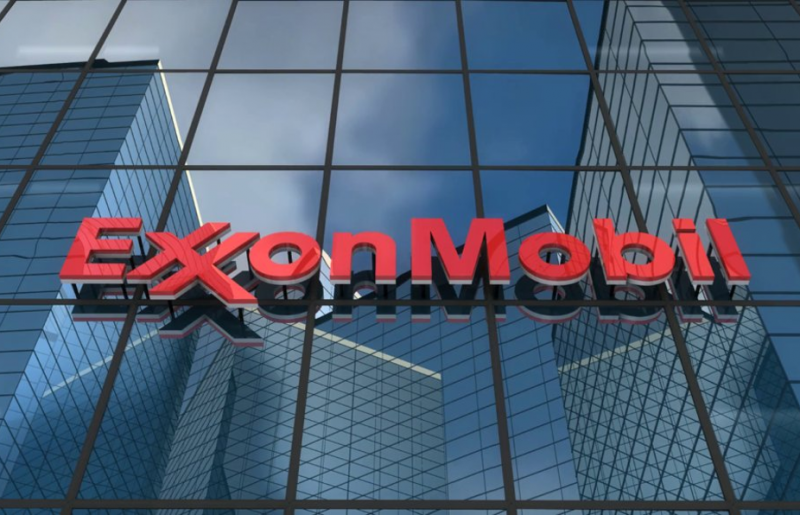 My father owned ExxonMobil stock. It was his idea of what a blue-chip looked like.

He would have been a bit blue himself this week with the news that the company is getting booted from the Dow Jones Industrial Average, and I can’t help think that the conversation and process I would have run through with him is precisely how a lot of investors should be looking at news these days, not just about that stock but about any company whose shares are under pressure and in the headlines.

While I have long noted that it was my mother who taught me about investing and who talked stocks at the dinner table, it was my father who talked to me about his financial decisions and choices when I was growing into an adult investor.

ExxonMobil was a definite favorite for him. I remember him saying decades ago that the company had been in the Dow Jones Industrial Average for his entire life and thinking that was a mighty long time. He was mostly right too; Dad was born in 1924 and ExxonMobil – in the form of Standard Oil of New Jersey – joined the Dow in 1928.

For at least half of his 87 years – he died in 2012 – Exxon Mobil was one of the 10 most valuable publicly traded companies. Near the end of his life, it spent several years as the biggest company in the world by market capitalization.

Dad loved XOM’s big dividend; he said it felt like the safest payout in the market and he expected it to keep growing.

That belief was well-founded; while ExxonMobil froze its dividend in March amid the lowest oil prices of a generation, it was the first freeze in 13 years. Still, it would take an actual cut for the company’s annual payout to actually decline in 2020 from levels last year. If the distribution stays above last year’s level, it will represent the 38th straight year of payout hikes; so-called “Dividend Achievers” are Standard & Poor’s 500 stocks that have raised payouts for a minimum of 25 consecutive years.

Still, if my Dad was alive today, he would have called the minute he got word of the stock being dumped from the Dow.

The S&P Dow Jones Indices shook up the industrial average on Monday, replacing ExxonMobil, Pfizer and Raytheon Technologies with Salesforce.com, Amgen and Honeywell International respectively. The changes reportedly were prompted by Apple’s upcoming 4-for-1 stock split, which reduces the technology sector’s weighting within the benchmark.

Because the Dow is price-weighted – the stocks with the highest prices have the biggest influence – Apple’s change will create a big influence that won’t be felt in the Standard & Poor’s 500 and the Nasdaq Composite, which are weighted by market capitalization and are unaffected by a stock split.

ExxonMobil got the boot because Salesforce’s addition rebuilds the allocation to the information technology sector.

My father, however, would have called because when you own a stock and are a steward of your portfolio, you’re supposed to look at news events and see if they alter your holdings, plans or emotions to the point where a change is necessary.

Full disclosure: I inherited some XOM shares from my dad and still hold them, so I’m addressing these concerns myself. (I also own Honeywell stock, so I will put that investment up the decision tree as well.)

At first blush, this seems like a non-issue; inclusion in the index wasn’t a factor in the investment decision (my father’s to buy it, mine to keep it).

Still, it’s hard to ignore that Exxon Mobil has been choking amid the mostly strong market conditions of the past decade. Shares trading for more than $100 six years ago sell for less than $50 today.

Even factoring dividends and total return into the picture, ExxonMobil has badly lagged the Dow; the annualized average spread is more than 20 percentage points.

That said, if history is a precursor, being dumped by the Dow is good news for ExxonMobil shareholders. Several studies have shown that issues kicked out of the major indices outperform the stocks that replace them.

The last time three stocks were swapped out of the Dow, for example, Bank of America, Hewlett-Packard and Alcoa were dropped for Goldman Sachs, Visa and Nike. While the replacements had nice gains in their first year in the Dow, the vanquished stocks were rock stars; B of A gained 18%, HP jumped 72% and Alcoa skyrocketed 91%.

Some of that is to be expected; generally, stocks being dumped have been, well, in the dumps. Business cycles being what they are, a rebound isn’t a surprise.

The potential for a rebound – not related to membership in the index, just from a business standpoint – would be a reason to hang on.

So, too, would the dividend payout, since the income is a big reason to hold a blue-chip when the chips are down. Honestly, that has been my primary motivation in sticking with ExxonMobil, focusing more on the cash-flow and the total return than the current share price.

Yet with the stock showing a loss since I have held it, there’s also no denying that moving the stock to free up capital for other investments – generating a tax loss in the process – could be attractive.

A dividend cut, if one happens, likely would be the clincher; if dividends remain steady, I’ll have to decide if I’m better off moving the money than standing pat.

For any security, that decision ultimately tends to be more personal than based on underlying fundamentals.

It requires your head, heart, cost basis, financial plan, risk tolerance and more. In the end, you need to apply look through those lenses any time one of your holdings shows up in a news feed.

Headlines shouldn’t shake your confidence. Long-held beliefs – like my father’s faith in certain stocks – shouldn’t be surrendered easily; the market tends to reward investors who are committed to their process, no matter the news.