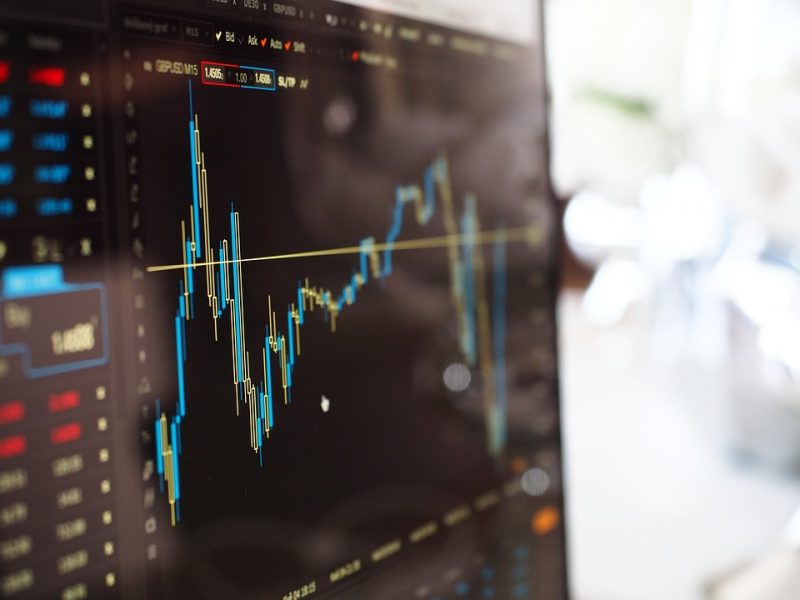 Just like seemingly everything else in 2020, the market has been a place for extremes.

It then gained over 60 percent from that March low to the start of September.

The market has taken small steps back since then and investors are nervous about how the results of the election, the fallout from politics and more will add to the lingering effects of the coronavirus pandemic to make things more muddled and confused.

But if you look at the stock market over the last 12 months and had to sum it up in a word, the word you’d use is “average.”

That’s right, in a most extraordinary year, the market’s overall performance has been roughly what investors would expect in a “normal year.”

The lesson in those numbers is a reminder that days are long but years are short, and that the standard investor should be much more concerned about the long haul than they are about what’s next.

To see how that can be the moral of the story, we must first understand exactly how and why the craziness of the current situation has produced average results.

The S&P 500 has gained roughly 11.75 percent in the last 12 months, which is slightly below its annualized pace for the last decade, but a bit better than its long-term historic norm. The index is up about 2.6 percent in 2020, a bit behind the normal pace for nine months but nothing dramatic despite a world that is full of drama.

“People are saying a lot of things about the market, but what they aren’t saying is ‘Oh, it’s about average,’” says John Blank, chief equity strategist/chief economist at Zacks Investment Research. “Use the longer lens and the performance is distinctively average, yet people are all caught up in the news and the short-term trends and they have bias left over because of the massive selloff or they’re overconfident because of the recent gains.

Recency bias is a cognitive issue where memory places greater importance on the events it experienced most recently.

Americans have been living through the chaos of Covid, seeing an economy that is struggling and unlikely to recover quickly, a market that has done well but which has felt disconnected from the big, centralized picture and more. The market feels much scarier in the context of those current events.

“Most people should keep in mind that average performance is okay where the stock market is concerned, especially over the long term,” says Meir Statman, professor of finance at Santa Clara University and the author of “What Investors Really Want.” “Really, average is okay. I’ve learned to shrug. The market goes up, I shrug; it goes down, I shrug. I am trying to teach my students to shrug. Beyond being the right investment strategy, it’s good exercise.”

Yet investors have a tough time shrugging off the news. The problem is that news events change not only the things investors buy and gravitate towards, but change attitudes and investment styles.

Tactical investing is a style that is adjusted based on current market conditions. It tends to be more active, and to play offense or defense based on a specific market outlook; the more tactical moves someone makes, the more it feels like market timing, but simple portfolio tilts and slants are common tactical moves.

For example, a tactical investor expecting a recession and market meltdown might move away from stocks and toward bonds.

A strategic investor, meanwhile, sets up an asset allocation and tends to stick with it over time, rebalancing the portfolio as the market moves it away from its planned targets.

The strategic investor sells leaders and reinvests in their laggards to put their portfolio back on plan ahead of any recession they see in the offing.

Long-term investors tend to be strategic, but morph into tactical investors when they react to short-term events.

Right now, they’re so moved by the market’s current ups and downs that they can’t see the average.

“If you were Rip Van Winkle last year and just woke up and looked at your portfolio, you’d be ‘Ho-hum, boring, yawn … just what I expected,’” says Michael Falk, partner at Focus Consulting Group in Chicago. “The lesson here is that time heals all wounds.”

But Falk and others have started to point out that it’s not just time that will heal the market, regardless of how the broad economy plays out.

If the stock market is a weighing machine – representing the value of future earnings for a company – then some fundamental investors would say that all companies become more sturdy and even more valuable in an environment when interest rates are near zero.

Think of it this way: A company that has a bad year at a time of high interest rates pays a big price if it needs to borrow money to get by. In a zero-rate environment, however, there’s very little punishment for having a tough year and needing to access the credit markets.

With the Federal Reserve signaling that rates will stay at current levels into 2024 – and with the central bank injecting so much cash into the economy – the market has a bit of a backstop that will work against any protracted decline.

That doesn’t mean that stocks will go gangbusters from here. The issues that investors see are real, and the market has to process them.

But look at any long-term chart of the S&P 500 and it includes the dates of many events that needed processing. And once they passed and were weighed and measured, the market wound up going right back to create that long-term average.

Given everything else that has been going on in 2020, no matter how you feel about the market, average never looked so good.