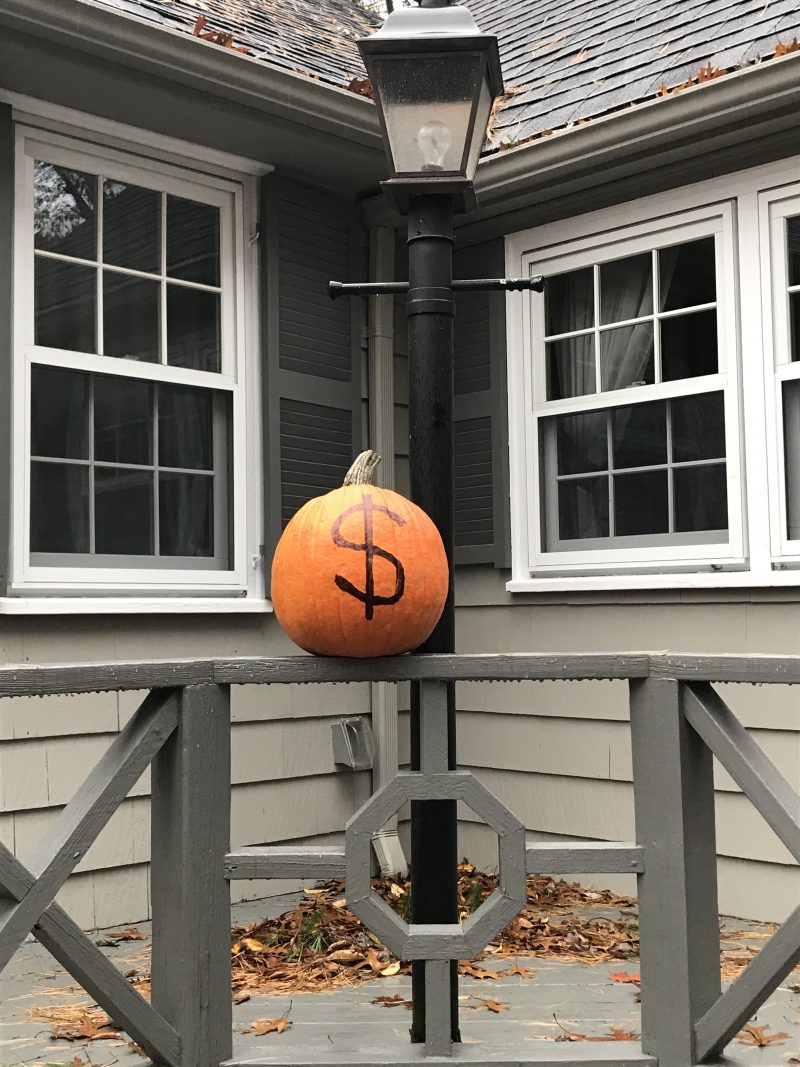 Many traditions have been lost to the coronavirus pandemic this year, but my hope throughout the summer has been that Halloween might be spared.

Since 2016 at my house, instead of “Trick or treat?” the question has been “Cash or Candy?”

It’s become a fun, fabulous and favorite personal tradition, where I help neighborhood kids learn about money, decision-making and more. I have written about my efforts in the hope that more people will find their own way to participate, giving children food for thought rather than candy.

So when the Center for Disease Control issued guidelines for safely celebrating Halloween and suggested that door-to-door trick-or-treating would be high risk, it was clear I had to change my plans but that changing traditions also creates opportunity.

So this year, again, I’m encouraging you to try something like my system, which can be tweaked to meet CDC guidelines if your community decides to allow trick-or-treating.

The CDC suggests that a key way to dramatically reduce trick-or-treating risk is to allow kids to pick up individual gift bags – given at the end of the driveway or yard rather than the front door – while preserving social distance.

Cash-or-candy was built for this.

Certain rules have applied to Halloween for years at my house. Visiting me in costume “earns” three pieces of fun-sized candy, worth roughly 12.5 cents each.

I can do that with individual gift bags, a CDC recommendation, spreading them on a table for safe access.

Children from the third grade and up have the choice to forego candy for something else, always presented in a small envelope.

The envelopes – and a CDC spokesperson confirmed this – are just like gift bags, meaning they work (again, spread out so that kids don’t reach into a bowl, but instead take the one envelope they touch).

In 2016, eligible kids had a simple choice: candy or a coin envelope with at least a quarter in it, and a “jackpot” of $5.

As the only house in the neighborhood giving away cash, it was no surprise that 50 kids took cash; two more would have but the envelopes were gone. Just four children chose candy.

In 2017, there were envelopes that had at least 25 cents and up to $3, or kids could trade a piece of candy they had collected to select from envelopes containing 50 cents up to five bucks.

In 2018, children could trade one piece of candy for an envelope with at least 50 cents to a maximum of $4 [half of these “small-money envelopes” held the 50-cent minimum], or trade three candies to pick from envelopes where half of the pouches held $1 to $10, but the other half had no money at all.

The total amount of money at stake in the big-money envelopes was just 50 cents more than what was in the small-money envelopes; if all envelopes had been played, kids were choosing roughly the same average result, no matter how much candy they gave me.

In all, 43 kids played for big money – 23 picked empty envelope — 22 others took the safer choice and 10 stuck with candy.

A year ago, I added a lottery element; kids had the additional choice of trading six pieces of candy to play for a $20 jackpot, but every envelope except for the winner and a $10 second prize was empty.

Thirteen kids went lottery, with a young boy named Liam winning the big jackpot. About 40 children split evenly on the other options; ironically, kids who wanted a guaranteed win but a smaller potential jackpot wound up winning more than the kids who played for something bigger, as roughly half of those players took home nothing.

This year, the choices must change. In a Covid-19 world, kids can’t hand me candies any more than I can hand chocolates to them.

So the options will the 3-piece candy gift bag, a $1 gift card to the neighborhood ice cream shop, a pool of envelopes with between a quarter and five bucks in it, and the lottery option.

Each choice can be drawn in keeping with CDC guidelines; the best option, monetarily speaking, will be the gift card, the only option where the average per envelope is $1 (with the bonus of supporting a local business).

The envelopes always include an explanation of the choices and the odds; I ask the kids not to look until they get home, and to discuss the results with parents, asking what mom or dad might have done.

There are lessons about risk and reward, about choices and the value of money. Bonus: this limits my exposure to candy, which is a personal weakness.

Last year, the kids won $47.50, and I had a few dollars of envelope costs; the total cost seems to be about double what I spent total when all I did was hand out three candies to every child.

I like that the neighborhood kids spend a moment talking to me — that they’re not scared of the house that no longer has little kids playing in the yard or heading to the bus stop – and love our brief money talks.

I have heard children talk about “return on investment,” discuss risks, gambling, the value of money and more. Kids are trying to figure out every angle; it serves them well in my exercise, but also if they go home and offer their parents the chance to buy their extra treats, a cash-for-candy approach that the National Financial Educators Council advocates that initially inspired my adventures.

If the children like it and take notice, it will help them with bigger choices in life.

Mostly, it’s fun, different and can be done safely; find your own fun and different twist and give it a try this year. It’s a good investment in the kids of your community.