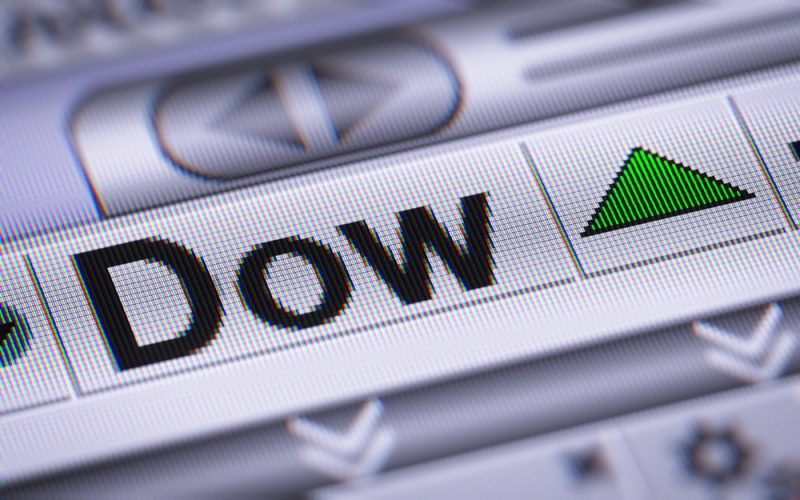 The Dow Jones Industrial Average wasn’t really reacting to cabinet appointments or potential vaccines when it broke through 30,000 and held that level for the first time on Tuesday.

The famed benchmark isn’t a sentient being; it reflects the headlines and underlying economic and financial conditions, but doesn’t respond to them.

But investors respond when benchmarks cross a big number or hit record territory, even though those big numbers have about as much meaning as odometer readings or mile markers; they tell you how far you’ve come but not how far you’re going or the likelihood of reaching your destination.

It’s not just that the Dow is an outdated benchmark that’s more famous than useful, it’s that the market reflects what’s happening with the economy and public companies, not what’s going on in your life.

The mileposts that are important are the lifetime markers that suggest you are on track to reach your ultimate destination.

Say you need your stock portfolio to double in the next decade as you prepare for retirement. If you anticipate a return of 8 percent for stocks — less than the historic norm of roughly 10 percent for big companies like the ones in the Dow — your money would double in roughly 9 years.

If the Dow’s progress roughly represents your move toward that goal, then you would like to see Dow 60,000 — a doubling of the market — by the time the 2020s are done. If the market falls short of that loose guideline, you may come up short, too.

If you are 40 and need your portfolio to grow by a factor of five over the 25 years you have before reaching retirement age, you need to see Dow 150,000.

Thus, Dow 30,000 becomes more a measure of where you are on your journey.

I have said for years that the news media should back away from the Dow as an indicator; it’s a celebrity — famous for being known – but not particularly effective due to its construction.

The Dow is a price-weighted average of 30 actively traded blue-chip U.S. stocks. These 30 companies aren’t all “industrial,” and aren’t a sufficient sample size to make the benchmark a broad reflection of anything, even the sector it is named for.

“Price-weighting” is old-fashioned and anachronistic. It means that each stock influences the index in proportion to its price per share, so that a stock trading for $250 per share has 10 times the pull of a stock trading at $25 per share.

By comparison, the Standard & Poor’s 500 Index — which for two decades or more has been what experts mean when they talk about “the market” — is “cap-weighted,” meaning the market value of the listed stocks as the basis for how much weight they carry in the benchmark.

The S&P also closed in record-high territory on Tuesday, closing at 3,635, not a round number, but also not particularly meaningful when that investor who needs to see the market double in the 2020s needs to see it reach roughly 7,250.

But investors and the media are bound and determined to keep the Dow as the index they talk about, so let’s at least use 30,000 to press the re-set button on when a move in the index is actually newsworthy and meaningful in your household.

Round numbers in the index are becoming less meaningful as the Dow climbs higher. When the Dow hit 25,000 in January 2018, every 1,000 points represented just a 4 percent move. The market proved how little that could be when it hit 26,000 just eight sessions later, still in January 2018.

What investors want to see, ultimately, is progress, for both the indexes and their portfolios, which thanks to the workings of mutual funds often track closely with the benchmarks.

If you are 40 years old, planning to retire in 25 years and need your current assets to double and re-double – acknowledging that you will also be adding new savings into your portfolio – you need to see stocks deliver an annualized return of roughly 6 percent, and you ultimately would see the Dow hit 120,000.

The much higher numbers that investors need to see on the Dow are inevitable, but whether they get here in time for each individual is where planning your finances helps and watching the milestones pass is folly.

Moreover, it’s dangerous for investors to put too much importance on the index numbers. Too often, investors measure their results from a market peak, as if the only value that matters is the maximum.

If the Dow can’t hold 30,000 from here, investors should not somehow consider their portfolio as a loss from the top. That’s how too many investors sell into short rallies, internalizing – and trying to avoid – losses from the top without recognizing the market’s long-term trend.

It’s also worth noting that as index values climb, their meaning diminishes. A 250-point day on the Dow just isn’t that important now, representing a move of less than 1 percent.

Thus, a daily move of a few hundred points should be easily dismissed. You typically shouldn’t notice the Dow any more than you would random highway mile markers.

Round numbers are interesting and the big round ones can be a good measuring stick of how far you’ve come, how much more you’ve got to go and whether you are on pace to reach your destination in time.

But the only way those numbers will mean anything to you and your life is if you are invested, trying to capture the long-term progress of the market and letting the investment miles add up as your money spends time in the market.

Only then does each milestone becomes a checkpoint on progress and a reason to re-examine strategy. Those self-evaluations are the only way to make round benchmark round numbers truly meaningful.