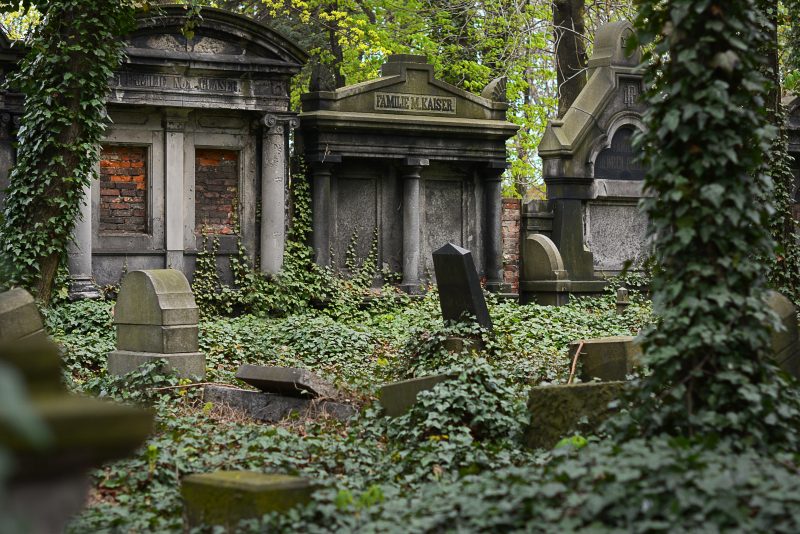 In a year filled with entirely too much death, no one should mourn the passing of a mutual fund.

Funds and ETFs don’t deserve your grief. They’re useful tools, not friends or loved ones, even when they help you succeed.

Hundreds of them die every year and 2020 was a banner year for death in the fund industry as everywhere else. While most of the dire, departed were laggards, stragglers and strugglers, there are lessons to be learned from those for whom the bell tolled.

Thus, in the spirit of year-end retrospectives memorializing those we’ve lost, here are tales from the crypt on some funds that snuffed it in 2020.

The Patriot Fund: A gimmicky fund that survived longer than most, Patriot used jingoism as its calling cards, claiming in 2012 to be the first “terror-free” mutual fund by avoiding companies doing business with nations identified by the U.S. State Department as sponsors of terrorism.

That solved a problem investors actually didn’t care about; when it opened, black-listed countries were Iran, Syria, Sudan and Cuba – today it’s North Korea, Iran and Syria – meaning Patriot could hold more than 90 percent of the stocks in the Standard & Poor’s 500.

Moreover, no one was suggesting that conventional funds were “terror filled,” or that Apple, Google, Mastercard and other stocks Patriot held made excess profits from being “terror-free” and avoiding business in, say, Iran.

Vanguard US Value: Even good fund companies open mediocre/bad funds sometimes; while Vanguard is known as an investor’s white knight, US Value was always something of a black mark on its record.

The actively managed fund never was a stellar performer – Dan Wiener of The Independent Adviser for Vanguard Investors has often called it “horrible” – even relative to the basic value index; that’s not saying much, given how value investing has struggled for years. Vanguard management seemed more interested in new toys like the Vanguard US Value Factor ETF; US Value fund outperformed the factor ETF – which isn’t saying much — but Vanguard is pulling the plug and merging it into Vanguard Value Index fund come January.

EventShares U.S. Policy Alpha: Co-winner of ETF.com’s “Thematic ETF of the Year” in 2018, this fund was subsequently renamed the U.S. Legislative Opportunities. Either way – despite its focus on politics – it didn’t live to see the 2020 presidential election.

The moral of the story: “Thematic” is another way to say “gimmick” and it’s not an actual compliment.

UP Fintech China-U.S. Internet Titans: The classic story of a fund cut down in the prime of its early success, this ETF had $16 million in assets and was up more than 50 percent in 12 months prior to its November liquidation. It was killed off when “an ongoing review of market demand” convinced management that “the Fund’s continued operation is not in the best interests of the Fund’s shareholders.”

Thornburg Value and Thornburg Core Growth: Technically, these funds weren’t killed off, they just had their heart, guts and other internal organs ripped out and replaced.

The entire market-neutral genre has struggled to gain traction, largely due to lackluster results; investors are seldom neutral over losses, and funds can’t survive being flat or down forever.

Bread & Butter Fund: Liquidated in July, this fund highlighted the difference between what’s in a name and what you get from a fund.

For starters, growth is the standard bread and butter of a diversified portfolio, but this was a value fund. And if this was your portfolio’s meal ticket, you went hungry because the fund didn’t deliver steadily over its 15-year lifespan; returns were more like a bread-and-water diet, with long-term results ranking near/at the bottom of Morningstar’s multi-asset value category.

Arrow Dogs of the World: A cool ticker symbol is not enough; DOGS was all about “mean reversion,” picking the five worst performing countries – from 44 nations – in anticipation that those markets would move back toward the average.

The strategy was the dog here. The fund lost about 15 percent from inception in 2018 until its death in May, badly lagging its own benchmark index.

RMB Mendon Financial Long/Short: You can’t talk death this year without mentioning coronavirus, which in this case claimed a long/short fund that had a good reputation prior to 2020.

In a filing shareholders undoubtedly ignored, management noted that “As a result of recent market disruptions arising from the rapid and escalating spread of COVID-19, the Fund has experienced significant losses and a decrease in assets.” Bemoaning a “lack of success” in hedging its tiny financial stocks during the market’s freefall, it was a short step from that filing to the March 26 announcement that the fund would merge into its sister, RMB Mendon Financial Services.

At that time, the long/short fund’s “significant losses” were over 60 percent year-to-date, more than four times greater than its average peer.

PIMCO Emerging Markets Currency and Short-Term Investments: With a negative 10-year return and having lost money in seven of the last 10 years, this $600 million fund earned a dirt nap, and PIMCO announced in September that it would end to the misery.

A month later, PIMCO reconsidered “in light of its desire to offer a diverse range of funds for different possible market scenarios and given unique market conditions.” Management also may have desired the nearly $8 million per year it pockets for running the fund.

PLMAX is now the living dead, a bad-performance zombie that just won’t die. That’s one more thing to hope for in 2021.