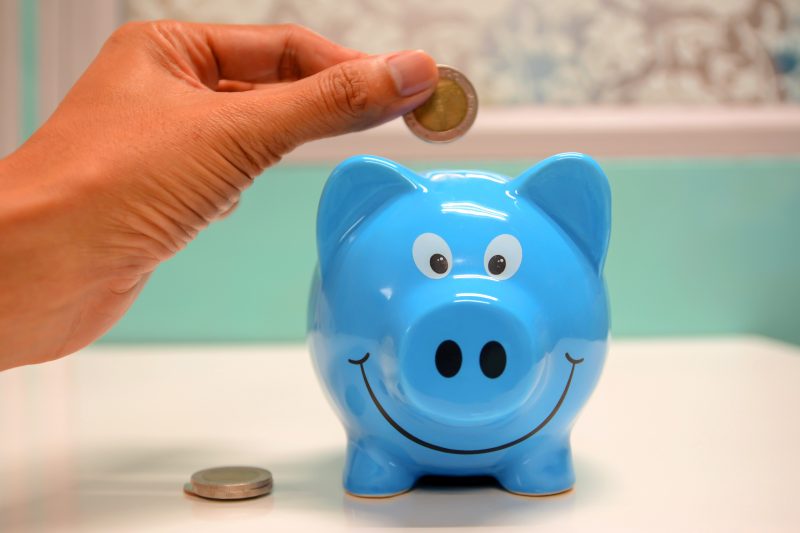 I changed the way I “keep the change” in 2020, and it paid off bigger and better than expected.

At a time when multiple studies show that just four in 10 American adults could cover the cost of a $1,000 emergency room visit or car repair using savings – and with people understanding more than ever the value of having rainy-day money – it’s obvious that a lot of people could benefit by trying some variation of my experiment.

At a time when so many people are struggling financially, I realize it’s a bit tone deaf – bordering on boastful – to talk about finishing the year with over $1,000 in “change,” but having bled that much savings out of my spending, with just one simple change in habits would suggest that others could have similar results without feeling much of a pinch.

By way of background, I have always seen the value in saving my change, starting with the savings account program my elementary school had with a local bank that helped teach us math, money and more.

I watched my father’s “Florida fund” — which he set up after my grandparents moved to Miami Beach when I was a boy – go from helping pay for plane tickets for family visits to becoming a savings vehicle for his grandkids. He supplemented his change with small amounts of cash that he saved for each child for 21 years, giving them generous gifts when they became adults.

I never had a problem being patient enough to let little bits of money add up to something more; setting aside change and small amounts was always easier and less painful than trying to amass big chunks of money. I didn’t hoard the cash, so much as use it to help achieve some savings/spending goal that might have otherwise felt impossible or at least hard to achieve.

As I became an adult, the change jar became my emergency fund until I had enough income to build one of those through other means.

It’s no surprise, therefore, that my work has always endorsed painless ways of saving, where people make set-asides into retirement plans or to pay down debt or to fund a Christmas Club account with money taken off the top of a paycheck.

You don’t miss the money you never touch as it flows into savings.

But in 2020, I wanted to see if I could step up the savings of money I actually do touch without feeling much pain from having it slide through my fingers.

Mind you, I have supplemented my change-jar habits for several years by not spending any singles, meaning I don’t spend anything under $5 that I get in change. The singles and change have built a travel fund to be used with my daughters; having been unable to take one of those trips for a few years while my youngest was finishing school, I have been surprised at how rapidly that cash stash has grown.

In 2020, I started saving all of my $5 bills too, meaning I didn’t spend anything under a sawbuck.

It’s not a new idea. My former Boston Globe colleague Marie Franklin has blogged about how she saved over $40,000 in less than 15 years just by not spending fivers. (Her blog is at savemoneyfastwithfives.wordpress.com.)

But I wasn’t planning to change my spending habits and try to use cash on almost everything.

I have always liked using cash for small transactions because it forces me to see how easily the money flows away. I’m not a coffee drinker, but I know a few who changed their habits because they saw how often they were hitting up the ATM (I know a few who did the same thing when they realized how often they were re-charging their Dunkin Donuts or Starbucks cards, so it doesn’t have to be a cash thing).

Just by saving my change and adding the singles, I was already saving a little bit every time I spent cash. The difference by adding in the $5 bills was that the set asides would now be in much larger proportion to the outlay.

Of course, 2020 turned out to be a terrible time to make that change, given the pandemic which curtailed spending and created an aversion to cash.

Still, by year’s end I had amassed $540 in $5 bills, $385 in singles and $77.91 in change, for a total just over $1,000. I never set any savings target – I’m not encouraging spending here, just saving a little from every spend – but it seems like an appropriate result at a time when so many people struggle to amass that much in savings.

It was mostly painless and easy to achieve (though I won’t lie and say it didn’t sting when I used a $20 to pay a $2.88 bill and the $17.12 in change was all ones and fives, meaning the whole thing wound up in the jar).

This year, I’m adding a keep-the-change function to my most-used debit card, an electronic way of doing the same thing that will impact nearly all of my non-cash transactions.

That’s the obvious solution for the many people who have mostly given up on using cash and who don’t want to go back to it just to save a few bucks; find a program that allows you to round up and do it to the nearest $5 or $10 so that every transaction bleeds a little bit into savings.

If that extra savings feels painful, it’s not a sign that you can’t afford to save, it’s a signal that you’re spending too much.

The idea here isn’t just changing how you keep the change, it’s changing your life.