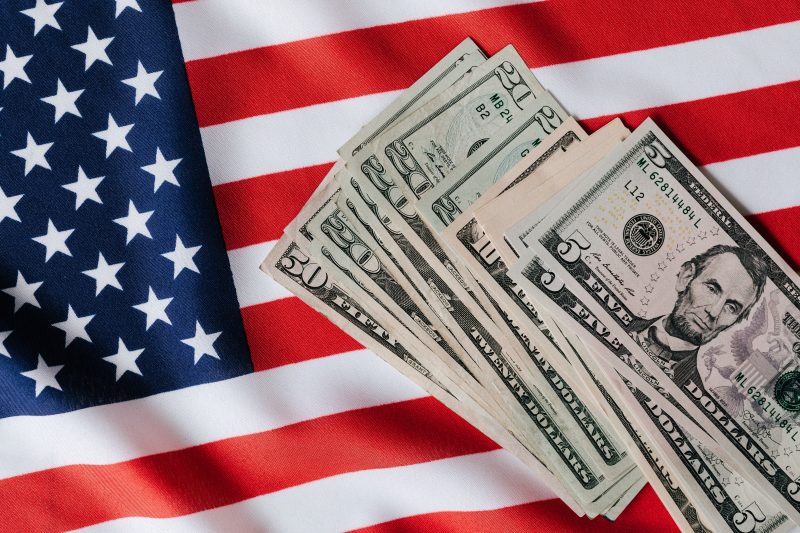 Steve in Daytona Beach Shores, Fla., a self-described patriot, says that after watching the events at the U.S. Capitol on Jan. 6, he wondered for the first time in his adult life if he should “Invest American.”

Throughout his decades as an investor, Steve has tried to buy American and invest in domestic companies. His portfolio is big, brand-name stocks, and mutual funds that own the pride of Corporate America; while few investors actually use the term “blue chip” any more, the huge companies with excellent reputations and long histories in Steve’s stock portfolio mostly qualify. He has ridden along even as companies like General Electric, Ford Motor Corp. and many others have had their problems, never truly tempted to sell, convinced that they – like America – could bounce back from anything. He has mostly been rewarded for that patience.

But the carnage at the Capitol has Steve, like a lot of individual investors, scared.

Steve was not about to abandon his portfolio or suddenly change his asset allocation to nothing but international mutual funds, but he was considering tweaks, including holding more cash and gold as a possible hedge against both government troubles and inflation. He says he has considered Bitcoin, but acknowledged that he doesn’t really know much about investing in cryptocurrencies.

Mostly, however, he just wants to feel comfortable with his investments, and his discomfort with the events in Washington is making that hard emotionally.

I didn’t ask Steve about his politics because I don’t talk politics. I talk money, and the persuasion of Steve’s portfolio speaks for him.

The good news is that just as the stock market mostly ignored the events in Washington, so can investors look at the headlines coming out of the Capitol and not let the news trickle into their portfolios.

Discomfort makes sense; it’s hard to see the divisiveness in this country and not think of the dangerous outcomes that are making Steve fearful.

But until those events move from something short-term into something that will have a much longer, deeper impact, they shouldn’t influence portfolio positioning.

The market has a long history of mostly ignoring the “historic days,” not being swayed significantly by events that put a mark on the calendar where the memory is long but the real impact is brief.

It happened again on the day when the mob stormed the halls of Congress: the Dow Jones Industrial Average finished with a record close, the Standard & Poor’s 500 ended just 0.2 percent away from its all-time high and the Nasdaq Composite recorded a small loss. Treasury bonds – the traditional safe haven during periods of uncertainty and unrest — saw prices fall; that’s the opposite of what you might expect during a troubling day. The 10-year bond’s yield finished above the 1 percent level for the first time in nine months.

Ultimately, the events at the Capitol didn’t change expectations around the near-term economic and political outlook. In fact, the market was still reacting to the run-off elections in Georgia, which were largely seen as having a bigger, longer-lasting impact.

The unified government set to take office Jan. 20 is generally seen as a market-positive event; Sam Stovall of CFRA Research noted that the stock market has posted above-average performances in the first year of full control for a Democratic administration in six out of eight times, with the average gain being 11.3 percent.

Moreover, you don’t have to look far and wide to find market opinions that are sharply positive for 2021. The outliers now are the ones expecting a below-average year or a long-lasting market decline (plenty of optimistic market observers see the indexes moving higher but suffering stumbles along the way).

The legendary investor famously encouraged investors to “Bet on America” at the depths of market troubles in 2008 and said amid mounting losses for his Berkshire Hathaway last year that he would “Never bet against America.”

That said, Buffett reportedly did increase some international investments, particularly in Japan; that wasn’t so much a bet against America as a wager on diversification.

And therein lies the play that Steve and similarly nervous investors might want to consider.

While Steve has a portfolio of domestic stocks, he does get international exposure from the American companies he owns. More than 40 percent of the revenues of the S&P 500 come from foreign countries, for example, so some foreign revenues are built in.

But embracing international investing a bit more fully makes sense too, if it helps calm the nerves. Many market strategists believe that foreign markets may recover from the pandemic more quickly than the US because they seem to be further along in the viral life-cycle.

The price he would pay by pulling out of his strategy likely would be lost returns; the indigestion he’d get from missing out likely would be worse than the queasy stomach he’s got investing American at a time when the country is at a troubled crossroads.

America’s reputation may be somewhat tarnished in some eyes based on recent events, but it objectively remains the greatest country in the world. The same can be said for US stock markets.

Politics influences the markets but doesn’t determine their outcome; that’s been true forever.

Thus, investors can’t let current events and politics have too much impact on their portfolio. That would turn a troubling situation into actual, long-lasting investment trouble.