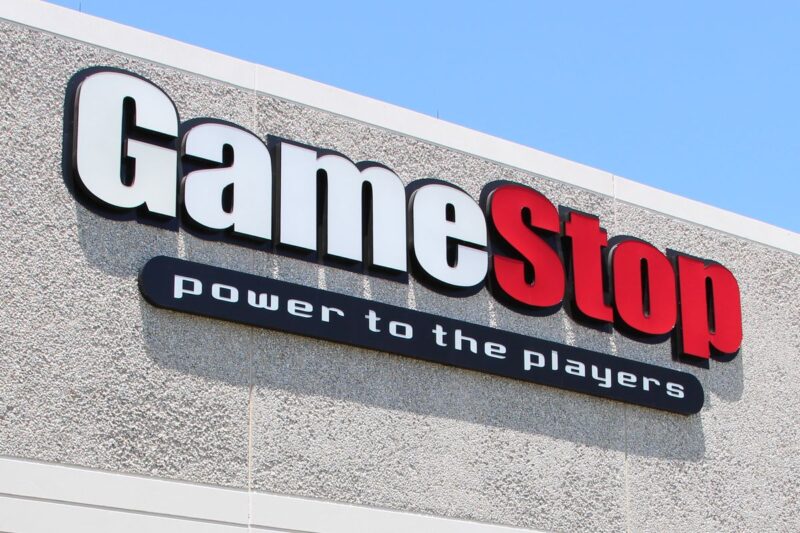 You’ve probably heard the investing adage that “It’s not a stock market, it’s a market of stocks.”

The idea is that when the market is described with adjectives like “jittery,” “booming,” “steady” or “volatile,” the experience in any individual issue may vary dramatically from that broad, average depiction.

Indexes are useful barometers for the market as a whole – and are appropriate tools for investors trying to capture the average performance of a broad swath of stocks – but they don’t show the whole picture.

But the market-of-stocks premise works in reverse too; the rapid, volatile movements of one stock typically reflect a specific situation rather than a market trend.

That’s what people seem to be forgetting in the media frenzy over GameStop Corp., now known more for two months of wild trading than as a long-time brick-and-mortar retailer of video games. During the last week of February, GameStop was back in the news as it popped again, finishing the week with a gain of more than 150 percent amid frantic trading.

Gaining 150 percent in a single week would be a record for nearly every publicly traded company valued above two bucks per share. The Standard & Poor’s 500 Index – what most people mean when they say “the market” – was down 2.4 percent over the last week of February.

For GameStop, the huge gain was the company’s second-best week this year; the stock gained 400 percent the week of Jan. 29.

That enormous gain catapulted GameStop to the top of the headlines, where it has mostly stayed ever since. And while the story has been about the democratization of investing – about small investors banding together to take a meme stock that was unloved by professionals and turn the trading action upside-down – the impact on the market and on future trading is completely out of whack.

Social media and the traditional media have been playing to the story here, stoking the frenzy and getting investors worked up.

It’s the Wall Street equivalent of political coverage during the last election, where anyone who sided with the Democrats was painted in social media and by certain mainstream outlets as being aggressively socialist and everyone on the Republican side was labeled as ultra-conservative.

It was a narrative that normalized the extremes while overlooking the vast majority of people who are closer to the center of their side than they are to the outer limits.

The triumphant investors are heroes, the hedge funds are bad guys, there are a few stories of people getting filthy rich, a stock that seems to defy gravity and it has combined to foment the impression that anyone who doesn’t jump into the fray is missing the gravy train.

A recent survey from the Hartford Funds shows that investors have been buying the narrative too.

Hartford Funds surveyed over 700 consumers with $100,000 in investable assets or household income and nearly two-thirds of respondents said that the GameStop trading story had impacted how they feel about the market, with one in four respondents saying they’re more interested in investing now than they were at the turn of the year.

It’s no surprise that the younger the respondents, the more the situation has piqued their interest and/or participation in the market. Bill McManus, managing director of applied insights for Hartford, said there is no denying that people have FOMO – fear of missing out – and that they’re getting active as a result, but they’re ignoring the reality of their situation, namely that they are long-term investors whether they want to be or not.

“Whether people say we’re long-term investors or not, we are,” said McManus in an appearance on “Money Life with Chuck Jaffe.” He warned that investors who lose sight of their time horizon are headed for trouble.

That’s not to say that investors can’t have some short-term trading money alongside a long-term portfolio, but rather it’s a reminder that any pursuit of getting rich quickly should not exclude, exceed or eliminate efforts to achieve long-term wealth by investing to get the return of the market, rather than of the occasional hot stock.

Being boring works over time; chasing excitement seldom works out at all.

“The media – both social and mainstream – tends to emphasize what they think the public will be most triggered by, ad GameStop pushes a lot of buttons,” says David Trainer, president at New Constructs, a Nashville-based research firm. Trainer’s firm does fundamental research; it identified GameStop as an attractive buy trading in the teens late in 2020.

When GameStop’s rocket launched, New Constructs prepared to sell around $60 for a tidy profit, but the stock kept rising in the time it took the firm to issue the sell signal; the position was closed at $197, meaning New Constructs “lucked out” with an 1,100 percent gain instead of the smaller profit Trainer happily expected to capture.

Trainer worries that the story being ignored about GameStop involves losses. After the January blowout pushed shares to $483, the stock fell to about 40 bucks before taking off again.

Thus, it had dropped over 90 percent from its peak, yet the only thing anyone focused on was the second pop, the 150 percent jump.

Trainer watched the action but, being focused on fundamentals, his interest in GameStop was gone.

“There are so many non-fundamental factors at play here that trying to make a sound fundamental decision on GameStop is out of the question, a fool’s errand,” says Trainer. “We wouldn’t sniff this thing again, it could just as likely go to $5 than gain anything from here.”

Trainer doesn’t want to get caught in the tug-of-war between retail trading bros – meme-stock traders – and Wall Street.

Individual investors should join him on the sidelines and sit this one out.

In cases like this, investors should focus on the market, not on the headlining stocks.