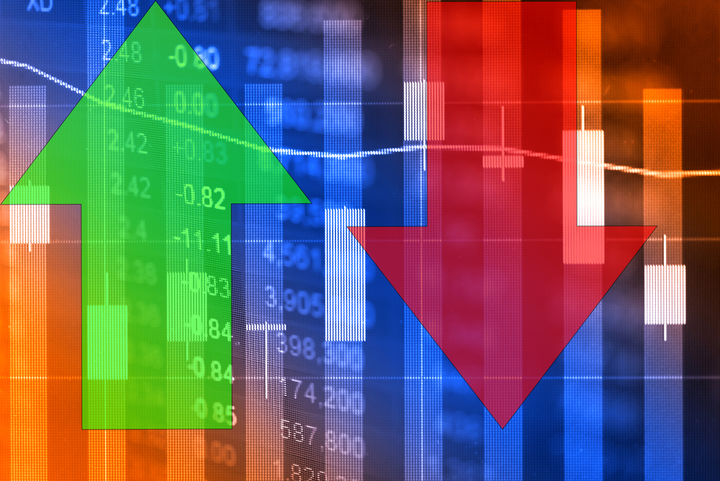 Most people can remember exactly where they were when the stock market suffered its biggest one-day point decline ever.

That’s not because the day was particularly memorable but more because it happened about a year ago, on March 16, 2020, early in the coronavirus pandemic when almost everyone had shut things down at home.

Were it not for that odd quirk of timing that had everyone in quarantine, that day spent helplessly watching the market crater down would barely trigger a flicker of memory.

Now, the anniversary should stand as a warning, a beacon that what investors never started doing to their portfolio before those frantic days – and what they didn’t finish since then because the market rebounded so quickly – needs to get done now.

Six of the seven largest one-day point losses in US stock market history occurred between February 27 and March 18 last year (the seventh was in June of 2020), and it’s only because the seven largest daily point gains all happened between March 2 and April 6 that the stress and worry of those times has been so easily forgotten.

It was a time when writers – myself included – were talking about the financial issues that could come into play if quarantine “was extended into May,” and the prospect of that was scarier than whatever the market was dishing out, even when it was nearly a 3,000-point loss on March 16.

That was a drop of nearly 13 percent, the second biggest single-day percentage loss in market history, behind the 22.6 percent loss on Black Monday in 1987 but slightly ahead of the two days that legendarily crashed the market in 1929.

Just four days prior to the March 16 loss, the market dropped by 10 percent, but that may have been the least-noticed near-correction in history as nearly the entire decline was recaptured the next day.

But it’s important to remember the panicky feelings from a year ago because the market’s stunning rebound from those crazy down days did not put an end to downturns. Despite all of the optimism both in the market and in the country with the end of the pandemic appearing on the horizon, there is plenty of reason to believe that there are more big-loss days in our future.

That’s neither a threat nor a forecast, just an easy case to make.

Throughout the market’s recovery from last year’s brief bear market, stocks have been running ahead of the economy, bolstered by lower-for-longer interest rates, government stimulus and more. The story has been that pent-up demand – consumers spending and traveling and generally going back to normal – will result in a surge of spending in the second half of this year.

Joseph Brusuelas, chief economist at RSM, said in a recent interview on “Money Life with Chuck Jaffe” that the economy will see “generational growth” – unlike anything seen since the Reagan Administration – for the next two years, but he also expects “permanent economic scarring” from the pandemic.

That growth is the economy playing catch-up.

Expect to see that fast growth while the pace of stock market gains ebb.

Fritz Folts, chief investment strategist at 3EDGE Asset Management, said in another Money Life interview that Markets are “as overvalued now as they ever have been,” noting that interest rates would have to stay as low as they are now for the next decade or longer in order for prices to be considered fairly valued.

That’s a tall order. Recent volatility – spurred by short-term inflation pressure on treasury bonds – gives a hint of what might happen in two years or so. That’s when inflation – the traditional after-effect of government stimulus – might become a bigger, longer-lasting problem.

Investors who were unprepared for trouble a year ago – and who never rebalanced their holdings or diversified away from the largest domestic stocks – recovered so quickly by doing nothing that they have made inaction their current plan.

That’s less a strategy than it is living with a leaky roof.

During times when it’s sunny, holes in the roof aren’t exposed and the potential for trouble isn’t particularly troublesome. Once the rains come, however, it’s too late to stop the leaks without incurring damage.

Thus, as we get to the anniversary of last year’s big drops, investors should reimagine how they felt.

Ask yourself if you are prepared for a significant drop, the kind experienced at the start of the pandemic.

Envision your portfolio after a 33 percent loss, and just how that decline – plus any lingering effects the pandemic has had on your finances – could impact your life long-term.

You can’t act with perfect timing to avoid losses like that, so consider how you weather the storm best.

Look at rebalancing a portfolio to get it back onto plan; the 2020 rebound was led by a small group of brand-name stocks, which means that many investors now have portfolios dominated more than ever by large-cap companies. Going back toward targeted allocations – which currently might mean adding to small-cap stocks and value investments which have been on the rise of late — and increasing international exposure all should help weather coming storms.

Decide early how you will deal with the inflation that is coming a few years down the line. Bonds have barely been a safe haven in recent years, due to low rates, so consider whether you will go out the risk scale (towards high-yield and junk bonds) or if you will add to traditional inflation hedges like gold or new options like cryptocurrencies.

Ultimately, you want a plan in place so that the next time the market has even a near-record day, you’re not caught by surprise and relying on luck.