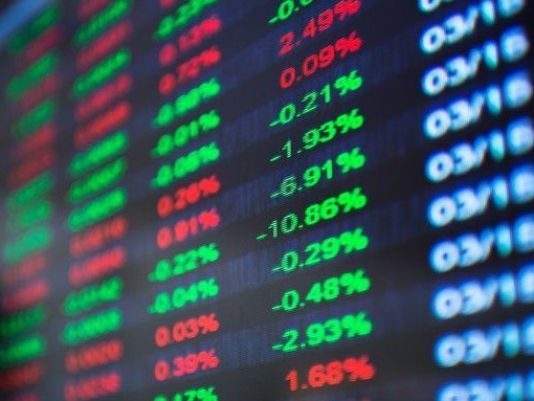 Jack is a recent college grad who did some work for me around the yard when he was in high school. I bumped into him the other day and, after a brief talk about his collegiate sports career, the conversation quickly turned to money.

He was particularly proud of having bought his first individual stock last December, using $100 given by his grandfather. He wanted to know if I had ever heard of Mereo BioPharma Group, the penny-stock ADR [American Depository Receipt] of a London company developing cancer drugs, he had nearly doubled his money in the stock in the first few months after he bought it.

It had trended downwards slightly since, but he is still convinced that there’s another double coming, and then one or two more after that.

“Not bad for two bucks a share,” he said to me.

I confessed to knowing absolutely nothing about Mereo [ticker MREO], and I’ll add that I really haven’t tried to learn about the company since Jack mentioned it.

I know only that it was Jack’s vehicle for turning $2 into roughly $3 this year.

I responded with a few companies I was familiar with – and that I felt sure Jack would know – that had done as well or better, singling out Alphabet [GOOG, up roughly 45 percent year-to-date], Walt Disney Co. [DIS, up about 50 percent this year] and Moderna [MRNA, which has more than doubled in 2021].

Jack thought I had lost my mind, because those brand-name companies sell for a lot more than $2 per share. He had started his account with his cell phone and $100, not nearly enough for a single share of Disney, Google or Moderna (priced at roughly $175, $2,550 and $220 per share, respectively).

Jack is interested in penny stocks and also in finding the next Reddit darling, meme stock capable of explosive gains.

Like a lot of young and new investors – but also people reading about the market and not wanting to miss out on the headline-making profits – he is thinking big while starting small.

But you’re not relegated to penny stocks – typically any company trading for less than $5 per share, but also often lacking liquidity and transparency typically present in more-established companies – because you are low on funds to invest.

These days, investors can buy fractional shares or slices of stocks, meaning that the guy with just a few bucks to invest can buy the brand-name companies.

Which requires investors like Jack to decide if they want to own 20 bucks worth of, say, Apple or Alphabet stock instead of taking a $20 flyer on a GameStop or a Mereo BioPharma.

The way someone answers that question says a lot about their investment philosophy.

That’s true, but only to a point. Penny stocks move a lot more on rumors, hints, and secrets, and those twists can result in short-lived pops; time it right and you win big. Miss the timing and you lose, but in your head you have only risked pennies so it’s not that bad.

But once you can buy fractional shares, buying the no-names loses much of its appeal. It requires a 100 percent gain to double your money; that’s not easy for any company to do, regardless of how it is priced when you buy it.

Historically, small-cap stocks – which typically encompass companies whose total market value runs from $250 million to $2 billion – produce slightly better results on average than big companies. But an extra two points of return over years isn’t what penny investors are looking for, they are swinging for the fences.

The person who would rather buy the speculative investment over the blue-chip stock is playing the lottery with stocks.

That’s nutty, particularly when you can save your pennies by investing in much higher-grade companies, investing as little as a buck or two at a time.

That should change the way investors – especially the newbies – think about things, making it easier to build real wealth over time by socking away small amounts regularly.

And, yet, the headlines are all about the meme stocks and how to catch a rocket.

Peter Chiappinelli, portfolio strategist at GMO, said in an interview this week on “Money Life with Chuck Jaffe,” that the long market rally has been showing signs of slowing and ending for a while, but noted that the missing element – the sign that the end was near – was ”the crazies.”

“The crazies,” he said — apologizing for not having a better term – are ordinary people speculating with reckless abandon.

“The crazies came out of the woodwork, starting last summer,” Chiappinelli said. “Speculative behavior that we are going to look back on and laugh. … laugh nervously like ‘Why didn’t we see this?’

Chiappinelli thinks the market’s rally is “at the very, very last few innings.”

If that is even remotely true – if the market takes a long respite to re-set and digest the shutdown, reopening and recovery – it’s bad news for the speculators. The volatility in Reddit picks and short-squeeze plays and more is such that players are going to get burned when recovery rockets flame out.

When that happens, the long-term buy-and-hold positions in the solid big names will be a stabilizer, fueling long-term growth.

This is a time when investing should be, as legendary economist Paul Samuelson once said, “more like watching paint dry or watching grass grow. “

Young Jack is gambling when he could be investing with the same money, and getting equally good results. It might not be as “exciting,” but he can get plenty of excitement from big long-term profits while avoiding the periodic short-term busts.