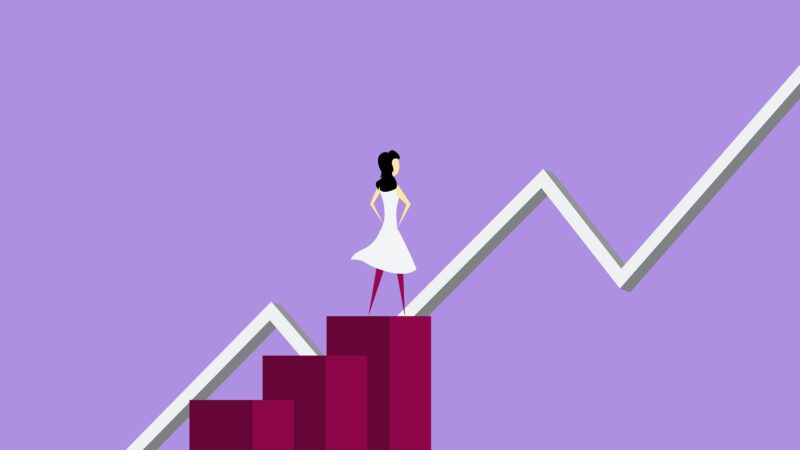 Investors haven’t been losing money in this stock market, they’ve been losing their minds.

They have disconnected with reality and checked into an alternative universe, a land of milk, honey and above-average stock returns. Way above average.

According to the latest Global Survey of Individual Investors from Natixis Investment Managers, U.S. retail investors now expect long-term average stock market returns of 17.5 percent. That’s after inflation – which has been on the rise of late – so the gross return would need to top 20 percent per year.

Expecting a good year is one thing; believing the market can defy gravity is another.

By comparison, the Natixis survey showed that U.S. financial advisers believe 6.7 percent is a realistic long-term return. While advisers have a vested interest in keeping hopes in check – beating expectations keeps clients happy, whereas falling short is a problem – planning for below-average numbers is not going to get their customers excited.

“Folks did pretty well last year, in fact they are telling us they did 16.5 percent above inflation,” says David Goodsell, executive director, Natixis Investment Managers’ Center for Investor Insight. “When you see that during a really difficult time and look ahead to things looking brighter as we move out of the lockdown, people are optimistic, they think ‘Maybe I can do even better this time.’”

Of course, what investors remember most recently is that in 2020 the stock market saw both the fastest downturn and recovery ever recorded; neither situation is normal, yet individuals are normalizing the upside, expecting the unique occurrence that coincided with the pandemic to become the blueprint for the future.

They can justify a 17.5 percent return as feeling normal right now because the market – as measured by the Standard & Poor’s 500 – is up roughly 15 percent through the first half of the year, and has gained nearly 45 percent in the last 12 months. The three- and five-year annualized average returns on the index are around 18.25 percent.

But in the last 10 calendar years, the index has only topped 17.5 percent four times. There have also been two years with gains below 2 percent and one year with a loss. The average annualized gain for the market has been under 15 percent in that time frame, and if you extend your measurement to include 15 years – so that it covers the carnage of the financial crisis of 2008 – the average return is slightly above the historic norm of 10 percent.

But it’s important to recognize that the guy whose research effectively quantified that norm – Roger Ibbotson of Zebra Capital Management – strongly believes the stock markets returns will be muted for a period likely to span the rest of your lifetime.

Ibbotson represents half of the duo behind the landmark Ibbotson-Sinquefeld study on “Stocks, Bonds, Bills and Inflation” first published in 1982 that was the basis for how brokers, financial advisers and investors set their expectations for market returns. It showed that no matter how much the market bounces around, the typical return on large-cap stocks over the last 95 years has been 10 percent.

Starting around the turn of the century, however, Ibbotson began sounding a different tune, saying that the past would not be prologue to the future; his expectation was for the next 25 years to deliver less than the previous 75, with large-cap returns averaging 8 percent.

In the two decades since, that’s roughly the average return that investors have gotten.

Ibbotson expects that 8 percent number to stand up for at least the next quarter century.

If so, what amounts to a pretty good return will feel like a disappointment to investors who expect to earn more than twice that much.

And there is the rub in all of this, because investors who expect big returns have to do something most are loathe to do in order to achieve them, namely take on big risks.

Most people say they are fine with taking on risk, so long as they don’t lose money.

That’s not how this works.

The Natixis survey showed that investors given the choice between performance and safety will chose security and asset protection over potential profits by a margin of nearly 4-to-1.

Expecting overblown returns while strategizing to be safe puts the nuts on Goodsell’s proverbial sundae.

If you want to make your retirement look brighter, plug higher expected returns into any free online retirement calculator. The bigger you project market returns, the more gold for your golden years.

But you can’t eat expectations, and you shouldn’t expect the market to save for you, to make up your shortfalls so that you can spend more and save less now.

The speed of the decline and recovery in 2020 was breathtaking, but the suddenness of those moves – and the potential for heightened volatility in a market that is fearful of the impacts of rising inflation, interest rates and more – should have investors being more circumspect about the future.

Investor expectations show just the opposite.

What you plan to achieve and what you hope to achieve are two different things; save and invest based on the market’s historic norms, leaving room for hope that you will do better.