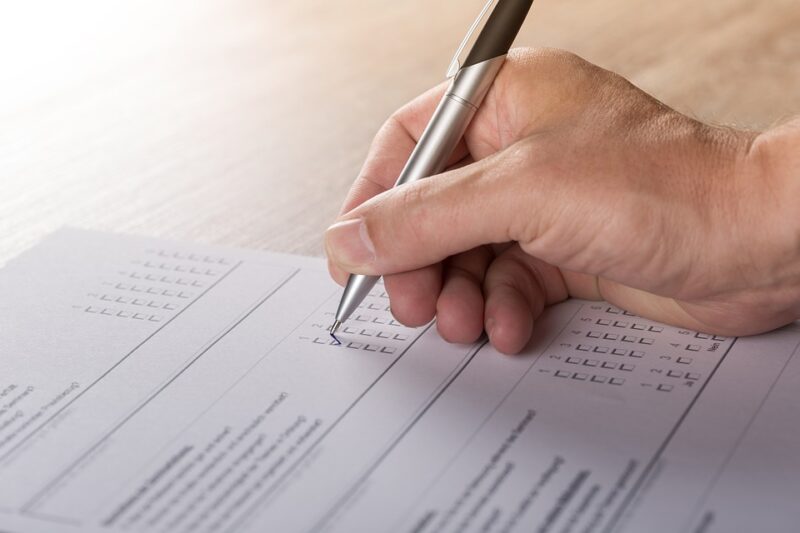 Two recent surveys highlight problems that American consumers and investors are having now, not with the market but with their own behavior.

Finding the real lessons in each of these studies involves looking past the headlines and digging deeper, so let’s pick up the shovel and search for the hidden gems that people should really be talking about and learning from.

The bigger story: 38 percent of homeowners with a mortgage don’t know their interest rate

The latest refinancing survey from Bankrate.com makes it clear that many American homeowners are missing an opportunity to lower interest rates and cut monthly payments, with those consumers giving a host of excuses – wouldn’t save enough, wanting to avoid closing costs, too much paperwork – for why they’re not shopping for a new loan now.

With housing economists expecting mortgage rates to rise by the end of the year, anyone who has missed out on the latest wave of refinancing opportunities created by where rates  have gone since the pandemic should at least be looking to lock in what may be the best rates of a lifetime.

It’s hard to recognize that opportunity, however, without knowing the rate on your current mortgage, which nearly 40 percent of Americans – and nearly 55 percent of millennials – don’t.

Clearly, as long-term financial instruments, mortgages can be a “set it and forget it” thing, but seeing as how the mortgage represents the biggest expense in a majority of American households, the rate number should always be front and center, with an eye towards getting a better deal whenever one is available.

Even among the people who know their mortgage rate, there’s plenty of room for refinancing now and saving money, as the average homeowner said their rate was 4.57 percent. Bankrate.com said that the median rate for respondents was 3.57 percent.

In short, the average homeowner is paying a rate well above what’s available now.

That should be “enough” savings to at least warrant consideration of a refi – along with the closing costs and the dreaded paperwork – but it all starts with knowing that the savings is out there, and that can’t happen if you can’t remember the basics about your own situation, which starts with your mortgage but doesn’t end there.

At a bare minimum, consumers should know their mortgage rate, the rate they pay when carrying a balance on their favorite credit card, the account balance of their emergency savings, the amount of any employer match to retirement savings, their own contribution level to those savings plans and more.

If you can’t name those basics, don’t be surprised later to find out that you weren’t making the most of your money and your opportunities.

Headline: 32% of investors have traded while drunk

The bigger story:  66% of investors have made an impulsive or emotionally charged investing decision they later regretted.

In defense of MagnifyMoney.com, which did this survey, it made these items co-headlines, but the media generally focused on the imagery conjured by the nearly one-in-three people who fessed up to trading while inebriated, a number that rose to nearly 60 percent for Gen Z.

There’s very little in life that should be done while intoxicated, so it should go without saying to stay off the booze while managing money.

But people should stay off the emotions while managing money too, and the survey shows that too many people have failed at that.

Emotion can be the enemy of good investing, sabotaging the best-laid plans by interfering with decision-making.

Trading might be impulsive – though the pros would tell you that allowing fear, greed or any state that creates excitement or agitation into the mix will dampen your results – but investing shouldn’t be.

Moreover, those emotions are a sign that something is wrong.

Nearly 40 percent of investors surveyed by MagnifyMoney confess to losing sleep worrying about the stock market, and 30 percent have shed tears over investing; the top reasons for tears were market losses, feeling overwhelmed, and regrets over selling too early.

At a time when the market has gained over 100 percent from its pandemic lows in early 2020, and with the longest bull market in history showing signs that it can keep running for years longer as the economy recovers from the pandemic, the only emotions most investors should feel are happiness and gratitude.

Virtually every financial plan has been working for years, so long as it has involved being invested.

You can wish for better returns or hope to keep up with your friends and neighbors, but if the market since 2008 hasn’t put you on pace to reach your financial goals, then your regrets should be mostly about your savings habits rather than the market or the moves you have made there.

Clearly, trading apps make it easier for investors to make impulsive moves – intoxicated or not – which contributes to the emotional responses; the more you actively “manage” your money, the more likely you are to lose sleep or shed tears, the study showed.

But the problem isn’t the apps, it’s the user.

Investors who get hung up over what is happening now are losing sight over what matters, which is reaching their ultimate destination and hitting their long-term financial goals.

If you’re feeling regret over financial moves – or, worse, staying awake at night and crying over them – get some help. The main job of a financial adviser, in my book, is to provide “emotional discipline,” the ability to focus on the long-term plan and filter out the interim noise.

Lacking that discipline, expect to go through times when your emotions to get the best of you, and therefore your portfolio.