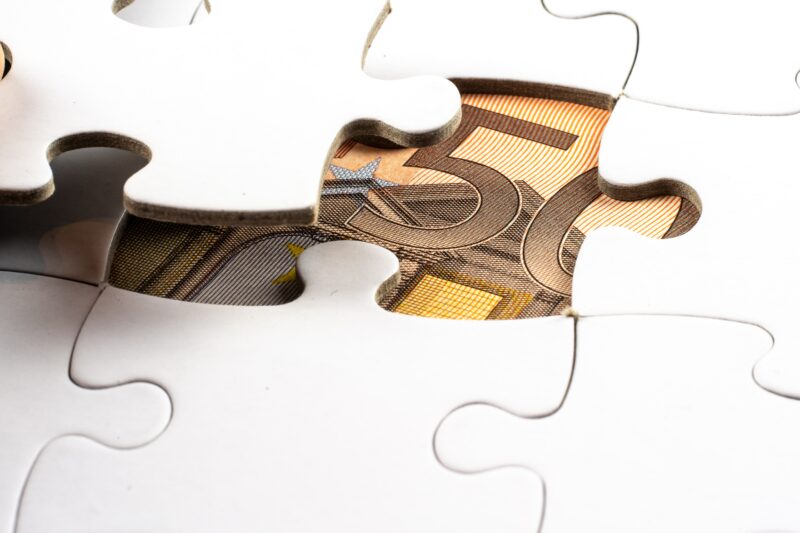 The talking head on my local morning news show was gabbing about how “Inflation is everywhere right now. It’s unavoidable.”

He and his co-hosts complained about prices for steak and gasoline, the reduced size of standard packages of bacon that are hiding price increases, and more.

It was standard chatter about inflation these days, it just happened to be on television.

But what struck me wasn’t the higher prices, but rather that inflation is “unavoidable.”

A Gallup poll released late in January found that nearly 80 percent of Americans expect inflation to increase over the next six months; while Americans always anticipate rising prices – even during times with virtually no inflation, surveys suggested that a lot of people still feared it – it was the highest level of inflation fear ever found by the study, eclipsing the previous record set in 2005.

With inflation rates at their highest levels in 40 years, those fears are manifesting seemingly everywhere. While economies do nothing better than resolve supply/demand imbalances – and there will be some relief as supply-chain problems and other shortage-inducing issues are fixed – it’s abundantly clear that inflation will be on our minds and our wallets for at least the next year.

You don’t have to like it, you just have to deal with it.

Start by recognizing that while you can’t completely avoid inflation, there are ways to sidestep it. Yes, it stinks that most of them involve changing consumption habits and patterns. Some of those fixes are easier to accomplish than others, or are driven by circumstances; for example, my daughters are now grown and launched, giving me flexibility that my neighbors with young and growing families may not have.

One warning here is that the classic cut-spending tropes – brown-bagging lunch and cutting back on the coffee habit – may not be so effective during pandemic times, if only because more workers are at home so they’re not buying lunch at the office or stopping for coffee during their commute.

(That doesn’t mean there isn’t room for savings there; a recent analysis from Clever Real Estate found that the average cost of buying a cup of coffee every weekday adds up to $1,134 spent on coffee per year. That’s roughly 1.7 percent of the U.S. median household income.)

But since today’s high inflation is so different than the standard seen for most of our lifetimes, so are the measures we can take to sidestep some of the pricing pressure.

Consider these actions to get some relief:

Review your budget. It isn’t fun, but revisiting your budget to account for price changes over time is essential when inflation is hitting the cost of everyday items.

Only if you budget and/or track spending will you know for certain where inflation is hitting home. That allows you to react and respond based on your habits rather than on national numbers that may not accurately summarize what’s happening in your home.

The good news is that there are plenty of financial apps that make this process easy; give one a try.

Develop purchase plans; shop from a list. Most people know what they want/need when entering a store, but that plan falls apart when confronted with sales and impulse buys.

Avoiding what researchers call the “shopping momentum effect” – where once you start spending it’s easier to keep going – is easier with a list focused on what you need; many people also say buying groceries online helps them avoid impulse spending (if only because there is no candy counter at checkout).

If using a list keeps you on-budget, it will reduce the feeling that inflation is eating you up.

Make patience your ally. When it comes to major purchases like a new or used car, large projects like home renovations, consider how inflation impacts costs and how long the price increases may last.

Lumber prices, for example, spiked early in the pandemic, and have started dropping from recent record highs. Likewise, auto prices have spiked as chip shortages impacted manufacturers, a situation the automakers are working to resolve.

Since those cost increases are temporary, consider putting off the improvements/purchases until prices cool off.

While you wait, set aside cash you had earmarked for the big expenditures; that additional savings will help cover any price hikes that you can’t avoid when you find that better time to move forward.

Price check before you buy. If you find “the perfect thing” at the shopping mall or the discount store, toss it in your cart, but take a moment to look for the item on your phone. Many stores price-match if you find a sweeter deal; if they don’t, you know where to get the item cheaper.

When shopping online, put an item in your cart or on a favorites list, but stop before checking out. Chances are good that item will show up in the ads and emails you get for the next few days, which might bring you a better deal as retailers frequently send alerts when items you’ve shown interest in have a new discount.

Get your loyalty/rewards savings, cash back and coupon savings. If you’re complaining about higher prices but not taking advantage of free money/savings opportunities, you’re missing out.

My grocery store’s rewards program not only gets me the best savings available for things I buy, it offers rewards and the occasional free item; each reward earned is worth $1.50 to $2. Spending five minutes a week on the store’s app – couponing and checking out sales – adds up, generating bonus rewards points and savings. I convert those points into roughly $35 a month off my grocery bills; using a cash-back credit card for the purchases can generate more savings.

Attack your bills. You have control over some monthly expenses, notably Internet, television and cellphone bills.

Look into exactly what you’re paying for, and cut out features/channels/subscriptions you no longer want or need. See if the service package you signed up for has been updated with something cheaper/better that suits you.

Likewise, do a price check on insurance before automatically renewing existing policies. If you have had the same insurers for years, there’s a great chance that competition in the industry has made better deals available.

Ask for a raise. This is an attempt to turn inflation in your favor, while recognizing that the longer your pay remains the same while prices are rising, the more ground you lose to inflation.

It may be an uncomfortable conversation to have with the boss – and you should investigate your other job prospects first – but at a time when good employees are hard to come by and many companies are paying above traditional levels to attract and keep workers, you may be holding good cards to play for a pay bump.