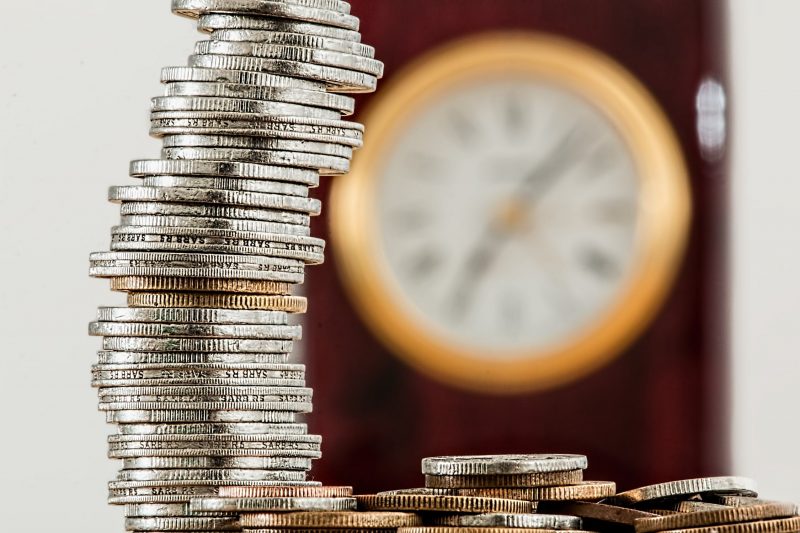 My father had one bad financial habit that he never got over.

Over the years, he built a diversified investment portfolio that covered virtually all corners of the investment spectrum, except for one.

He could never buy a small-cap mutual fund or invest in small or micro-cap stocks. Oh, he tried a few times, but as soon as performance went through a rough patch and he looked into a portfolio and saw a bunch of names he didn’t recognize, he lost confidence and bailed out.

His problem, in investment terms, is called “familiarity bias,” the preference to invest in things or in places you know, and it’s one of the top five biases that financial advisers see as significantly impacting individual investor behavior, according to the BeFi Barometer 2019 survey released this week by Charles Schwab Investment Management.

BeFi stands for “behavioral finance,” and the idea behind the study was that identifying our own internal misgivings could help us avoid making common mistakes and could foster the emotional discipline necessary to have and stick with a financial plan.

It’s particularly important now, according to Omar Aguilar, chief investment officer of equities and multi-asset strategies at Charles Schwab Investment Management, because the stock market is heading into a period where most experts expect lower returns and higher volatility, two conditions that trigger the psychological and emotional biases that most investors have at heart.

Advisers in the survey worried that individuals — left to their own devices and at the whim of their own biased minds – would be easily influenced by current events, and that the moves they make in response would short-circuit long-term investment strategies.

It’s the underlying cause of the classic investment behavior – discussed most recently in this column just a week ago – where investments perform well, but individuals can’t stomach the ride. As a result, they buy into things that look good because they have recently gone up in price, and then dump those investments at the first signs of trouble, creating a cycle of buying high and selling low that is the exact opposite of their intentions.

“We are all subject to these biases,” Aguilar said during an interview on “Money Life with Chuck Jaffe,” my radio show/podcast. “There is nothing wrong with that, it’s just who we are. … It is impossible to get rid of these biases, but [people can] mitigate some of the most common biases that drive investors to the wrong decisions.”

The five most common biases cited by the advisers in the BeFi study were:

— Recency bias, where someone is swayed by recent news or experiences, buying what’s hot and selling on headline news.

— Loss-aversion bias, where investors play it too safely or accept less risk than they can tolerate, thereby falling short of their savings goals.

— Confirmation bias, where investors seek out information that reinforces their own thinking, and then act as if their hunches are sure-things.

— Anchoring bias, where the individual focuses on a specific reference point – like the break-even point — in making investment decisions, rather than making the best possible moves now.

– Familiarity bias, my dad’s issue, which in his case was about needing to see names he was comfortable with, but which also applies to investors who might only want to invest in a market they know, like the United States, or in specific asset classes they are particularly comfortable with.

None of these biases are debilitating, so long as they are accommodated and planned for.

Every time my dad went through a portfolio evaluation – which he did many times over the years – experts would point out where his holdings were lacking small-cap exposure. They admired his mix of domestic and international equities, the ratio of stocks and bonds, but the lack of small-caps meant he was ignoring a part of the market that traditionally promises big returns, and that often moves in different cycles than brand-name big companies.

He was not “fully diversified,” they would say, so he would miss out on the full risk-reducing benefits of spreading money around.

Yet every time my father tried to invest in small-cap stocks, he wound up being disappointed and bailing out. He had good funds, but he exhibited classic buy-high/sell-low behavior.

So he stopped trying to invest in small caps and told the advisers he would be a better investor with the level of diversification he was comfortable with. He asked his advisers to come up with a work-around, a financial plan that answered the question: “How would you build a portfolio for an investor who refuses to buy small-cap stocks?”

The Schwab study is all about advisers and the biases they don’t want to see in clients, but the job of those advisers isn’t to force individuals to buy things they’re not comfortable with, but rather to help them confront their biases to decide upfront what they can live with and what freaks them out.

From there, the job is to build a portfolio that will foster the emotional discipline necessary for an investor to stick with a plan.

That means coming up with a plan for overcoming your loss-aversion tendencies, or your inability to get comfortable investing internationally and more. You can plan to buy US multi-nationals for international exposure, for example, or you can construct a plan where you save a higher percentage of your salary, allowing you to put your savings at less risk without cutting your ability to reach your ultimate savings targets.

The ore you understand about yourself – the more you can build a portfolio that you can follow without falling victim to your own behavioral frailties – the more easily you can sit tight through periods of lower returns and higher volatility without flinching.

That was the moral of my father’s story; His bad habit didn’t stop him from achieving his dreams, it simply took him off the common path to one he could more easily follow to reach his goals.