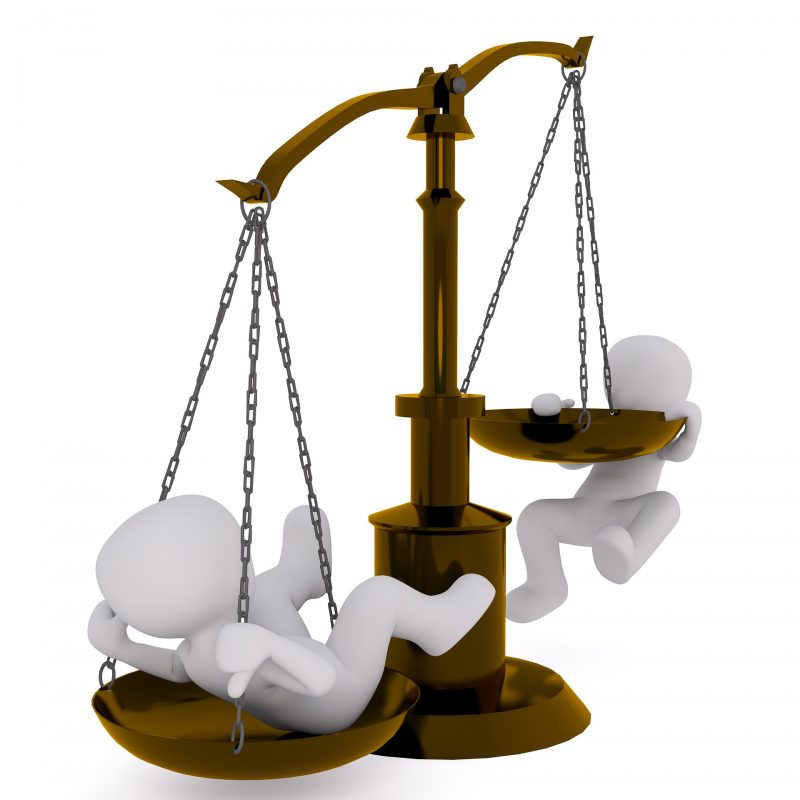 In 35 years covering investments, I have seen “the end” countless times.

Dividend investing purportedly was dying while the Internet bubble was inflating in the 1990s, buy-and-hold investing has been on the way out countless times in the last quarter century, asset allocation hasn’t worked as expected throughout the current bull market, international diversification is a bust because the United States is the strongest market in the world, value investing is kaput, and much, much more.

Any time you see someone flashing “The End,” however, you should think of it as you do in a movie theatre; the picture you’ve seen may have ended, but it could be revisited in a sequel, a re-make or in a similar story made into a different film.

Bank of America Securities just published a study titled “The End of 60/40,” a new verse to an increasingly popular tune. Yet, every time the investment world appears ready to give up on conventional wisdom, we find out why the thinking has been conventional and successful for so long.

To see why that’s likely here – and to understand why pundits and strategists think 60/40 is done for – we must first delve into some background.

The 60/40 here is a balanced portfolio with 60 percent stocks and 40 percent bonds. It is standard investment fare, though it would be wrong to assume it is a one-size-fits-all solution.

Younger investors typically want to be more aggressive – carrying a higher percentage of assets in stocks – while older investors often choose to be more conservative.

There’s a rule of thumb that was favored by the late Jack Bogle, founder of Vanguard Group and the creator of the first index fund, that an investor should take their age, subtract it from 100 and keep the resulting percentage in stocks.

That said, his rule was never as simple as “make your age the percentage you keep in bonds,” because Bogle advocated calculating Social Security as if it was a bond asset in your portfolio. Doing that meant that the investments you bought needed more stocks to offset the current value of Social Security payouts.

Moreover, many financial advisers say that the age-based formula would be better if the starting point was 140, meaning that an investor wouldn’t really start buying bonds until they were 40 years old, and 25 years removed from retirement age.

Ultimately, however, something resembling a 60-40 split for an entire investment portfolio tends to be standard, comfortable advice, especially for the people who believe in it.

Bank of America Securities portfolio strategists Derek Harris and Jared Woodard argue that “there are good reasons to reconsider the role of bonds in your portfolio,” noting that many investors now buy dividend-paying stocks to generate income and buy bonds to capture growth during price rallies.

They noted that a flood of money into bonds – and corresponding outflows from stock funds – has expanded a situation where over 1,000 stocks now have dividend yields higher than the average yield from a global government bond.

The result, they say  is a bond bubble, which will be bad news for 60/40 investors when it pops.

Harris and Woodward wrote that “The challenge for investors today is that both of those benefits from bonds, diversification and risk-reduction, seem to be weakening, and this is happening at a time when positioning in many fixed income sectors is incredibly crowded, making bonds more vulnerable to sharp, sudden selloffs when active managers rebalance.”

But markets are always subject to scary conditions during sell-offs. It doesn’t matter if it’s stocks or bonds, when a bubble bursts investors feel more than a little prick.

The authors go on to make a case against 60/40 investing as if it hasn’t been working, a case that others have been making – perhaps with a bit less substance and vigor – for several years now.

It’s as compelling as any other argument that some time-tested way of investing is dead, and also as wrong.

The Vanguard Balanced Index Fund (VBINX) puts 60 percent of its assets in the CRSP US Total Market Index, and 40 percent into the Barclays U.S. Aggregate Float-Adjusted Index, and the fund can finish its best year in a decade just by staying flat through year-end.

Over the last 12 months, according to Lipper Inc., Vanguard’s balanced fund has outperformed the Standard & Poor’s 500 index, gaining 9.75 percent compared to 9.4 for the S&P. While that has a lot to do with a bond market that has grown like weeds, it also highlights the benefits of diversification.

In the end, that’s what most people need, and not necessarily because it is “the best strategy”
but because it is the one they can live with no matter what stock and bond markets dish out next.

Even if the authors are right and stock and bond markets are more highly correlated than ever – which means that when stocks tank, bonds will hit the skids too – the typical investor has a better chance of riding out market bounces to long-term success with a moderate, diversified investment approach.

People panic when their eggs are in one basket and the container is in peril.

The more they chase after something purporting to be “better,” the worse they tend to do when markets get hairy.

Make your asset allocation more about what you can live with and less about what’s happening on the stock and bond market at any given time; you’ll end up more satisfied with your results than if you try to craft the perfect or the optimal strategy for whatever the market has in store for us.

No investment strategy is perfect, and 60/40 may be more of a default choice than a true asset allocation, but investors would be wise not to let the search for perfection convince them to throw away something good.

For most time-tested, common-sense investment strategies, “the end” is not near. They won’t work all the time, but they will pay off in due time.