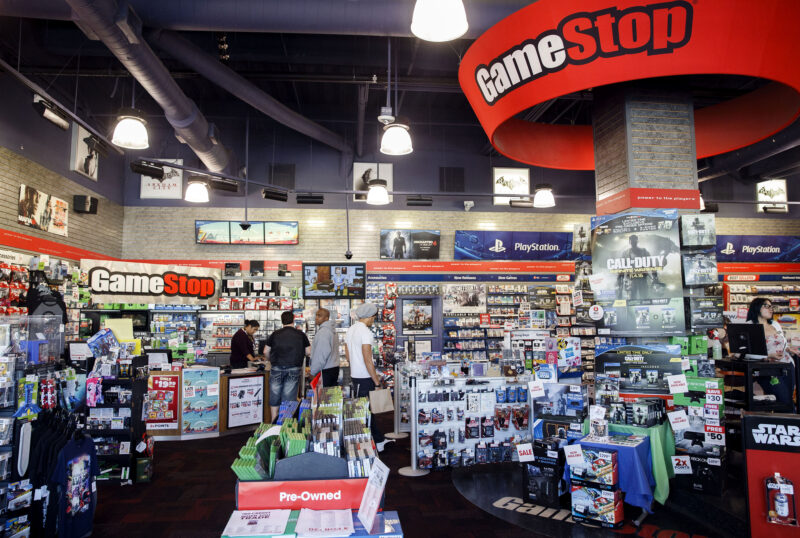 For the first time in their lives, my daughters last week wished they had been into video games when they were kids.

Had that been their interest, their stock portfolios might have included GameStop shares.

“And now we’d be rich,” my oldest daughter, said in a group text with me and her younger sister, imagining how she might have cashed in on GameStop’s frenetic recent trading.

But they wouldn’t be rich, they’d simply be fortunate.

Lost amid the jargon of short-selling and the story behind Reddit users and Robinhooders banding together to move GameStop and stymie hedge funds that were betting against the company is a lesson of how ordinary investors should react to events like this.

So if you were like my kids, now 29 and 27, thinking wishfully when GameStop’s wild ride became fodder for every news outlet over the last two weeks, don’t miss the lessons stories like this hold, because the market is destined to teach them in similar-but-different situations again and again.

My children – like most people on the outside looking at any stock that is booming suddenly – might have profited from a frenzy but wouldn’t have gotten rich because they lack the resources and trading savvy to make it happen.

The girls learned to be buy-and-hold investors; they still have many of the same securities we purchased when they were children, even as their interests have grown and changed. They’re not afraid to sell, they just want a good reason to make a change.

Had I bought them GameStop when they were 10 or 11 – and in building the portfolios throughout their childhood, I looked for stocks they could understand and liked retailers where they could get a sense of the business from the local store – they would have had 40 shares in the company, max.

See how Chuck built his kids’ portfolios and learn how to do it yourself here: Stock — the ultimate 2020 holiday gift-stock — on-sale now

If their timing was perfect, they would have sold GameStop at its peak and pocketed nearly $20,000, a gain of more than 7,500 percent. That’s incredible, but not enough to be “rich” by any objective standard.

But the market’s frenzy shows that perfect timing was unlikely, thanks to a different stock that was on the fringes of the action, Tootsie Roll Industries.

Purchased when my youngest daughter was seven or eight, the stock has been the financial equivalent of eating its namesake candy, a slow chew with modest flavor — fine but not spectacular – for the last two decades. It has paid a modest dividend and grown painfully slowly in that time.

And then, somehow – no one seems sure how or why — it got swept up in the ancillary trades being made around GameStop and AMC Entertainment, breaking out of the $30 neighborhood it has been stuck in for years.

As if someone took a bite to get to the center, Tootsie popped over the course of three days, peaking near $59 on January 27 as trading volume skyrocketed.

Not traded were the 15 shares of my youngest kid.

She was busy doing her job in a hospital in North Carolina, and while she heard about the eye candy of GameStop, she missed the treat in her own portfolio. By the time she heard about it, the frenzy was past; she put in a limit order to sell the shares at a point where they would have been worth double what they cost all those years ago, but the stock had already fallen below that level and is now roughly back to the levels it was at a week before the frenzy began.

The lesson there was one she could have learned from Ferris Bueller: “Life moves pretty fast. If you don’t stop and look around once in a while, you could miss it.”

There are other important lessons that typical investors should take from watching the GameStop madness. Here are a few of them:

You can’t see it coming: Anyone who says they forecast how the GameStop short squeeze would play out is lying; the stock had a massive short interest for a year before it drew the attention of the Reddit crowd.

Wild stock market rides are seldom obvious; if they were, the market would act and the action would be more controlled and orderly.

If you’re not first, you may be last: As GameStop falls back, the people who acted after hearing it discussed in the media now find most of the action working against them. The stock’s biggest percentage moves were before it became the big story on The Daily Social Distancing Show on Comedy Central.

In fact, GameStop peaked on Jan. 28, hours before that report aired.

Getting into market frenzies once they’re rolling is akin to paying someone to take their spot in a game of musical chairs; they get out with your money and you’re the one at risk when the music stops.

Wherever you find big winners, big losers are hiding nearby: There’s no sorrow for hedge funds that got squeezed here, but the story that isn’t being told – because no one brags about the beatings they take – involves people who jumped into GameStop, got whipsawed by the volatility and couldn’t handle the ride.

The stock’s swings were breathtaking, and investors struggle to get trades right when it’s hard to breathe.

You’re not getting rich on stocks that explode for a week: Yes, there have been stories of the traders who profited wildly here – including some kids whose parents actually bought them GameStop stock – but they’re the exception.

Investors aren’t built like traders: You have a life. You’re busy. You’re not watching your portfolio constantly, and may not look at it for months at a time.

That’s how investors, like my daughter with her Tootsie Roll, miss out sometimes. Investors run their portfolio, and don’t let the portfolio run them or their lives.

Focus less on “quick” and more on “Get rich.” Quick profits are nice, but big long-term gains are easier. My youngest has made a lot more money riding Microsoft shares for years than she ever would have had I bought GameStop instead of Tootsie Roll and she timed her exit perfectly.

While we all wish the investing could make us wealthy overnight, most people are better off living their lives, socking away their money into solid, steady growers and becoming wealthy over time.

Market stability isn’t in danger: Despite the scorching headlines, GameStop is a blip. It’s easy to fixate on these issues, but consider that not even 2 percent of the $43 trillion U.S. equity market is accounted for by short sales.

Today’s headlines – Reddit, silver and whatever is next – are tiny bumps on a long graph.

By comparison, a year ago, the broad market was melting down in action that swept up all investors; that’s the kind of event investors need to worry about and prepare for.